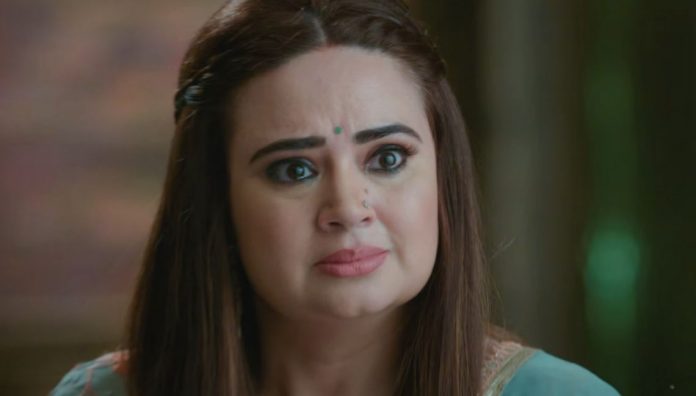 Kahan Hum Veena ugliest revelation Highlights 29th February 2020 Sumit makes a big revelation to Suman that Rohit has been helping Sonakshi and Rastogis even when he was away and pretended to hate them. He counts Rohit’s favors on them. He tells that Rohit was helping them and sent the money for Suman’s bail. He tells that Rohit called him from London just to make him help Rastogis. Suman learns that Rohit is too kind, but never expressed it. Rohit breaks down. Suman asks why didn’t he tell them, why is he helpless to not express love to Sonakshi. She asks why did he end ties with Sonakshi.

He tells her that he loves Sonakshi a lot and make her away just to protect her. He asks Suman to trust him, he will find Sonakshi. Suman blesses him and takes back the curses. She hugs him and apologizes. Rohit tells that he will soon get Sonakshi home. He wants Sumit to take care of Suman and Pari. Ajit asks Rohit about Sonakshi. He learns that Sonakshi isn’t infected by the super virus. He informs Naren as well. He asks Rohit if Sonakshi is fine. Rohit tells that Sonakshi is kidnapped. Ajit can’t believe this new trouble. He asks Rohit to be strong and continue his search.

On the other hand, Tanya hallucinates that Pari is trying to kill her and her baby. She shouts to Rohan for help. Rohan finds Tanya in the fragile state. He clears her misunderstanding.. When she doesn’t listen to him, he tells her that she isn’t pregnant now, she has lost her baby already. This shocks Tanya a lot. Veena stops Rohan from playing with Tanya’s emotions. She slaps Rohan and asks him to handle Tanya carefully, else they will lose her. She wants Rohan and Tanya to stay happy. Ajit overhears them. He gets angered when Veena blames Sonakshi for everything. She wants Rohit and Rohan’s lives to come on track.

She tells that Rohit must forget Sonakshi. Veena calls Sonakshi a bad shadow on their family. She wants to get free from Sonakshi’s bad luck. Ajit loses his cool and defends Sonakshi. He tells that Sonakshi was never wrong, Rohit loves her and will always do, he is in pain, he sacrificed his happiness and love just on her saying. He asks her to think of Rohit’s happiness. Veena tells that Sonakshi ruined her family. She doesn’t want Sonakshi back in her house. He asks her to stop hating Sonakshi and save Rohit from sinking into depression. Nishi is glad to see Veena’s hatred for Sonakshi. She is sure that Veena will never let Sonakshi come home.

She wants to know who has kidnapped Sonakshi. Rohit gets information from the police about Sonakshi. He enters the special quarantine zone without wearing a mask. Tulsi alerts him and asks him why did he not wear the mask. He understands the huge threat and rushes out. Suman meets a mysterious tantric, who really gives details about Sonakshi, very true for the first time. Suman believes him blindly. Sonakshi is kidnapped and put into the dark room by Veena. Veena has locked her up and gets her treated by a doctor. She asks Sonakshi to have food. Sonakshi wants to know why is Veena doing this.

Veena tells her that she doesn’t have any super virus, its normal flu and she will be fine soon. She tells that Rohit isn’t moving on, he still loves Sonakshi and wants her away from his life. Sonakshi feels Rohit hates her. Veena tells that Rohit still loves her and is ruining his own life. Sonakshi is surprised by this revelation. Rohit gets infected as well, and pays for Veena’s crimes. He wants to meet Sonakshi. He tells Veena that Sonakshi can help him survive. Veena is worried for his life. He wishes her hatred for Sonakshi subsides. What will Veena do now? Keep reading.

The creative team is now rapidly rushing to wrap up the serial since we have few weeks left to go off air. Veena does not realise her son’s life is all revolving around Sona, he is mentally been shattered without his lifeline Sona. Here Veena is acting cruel and self centered, that’s not nice.