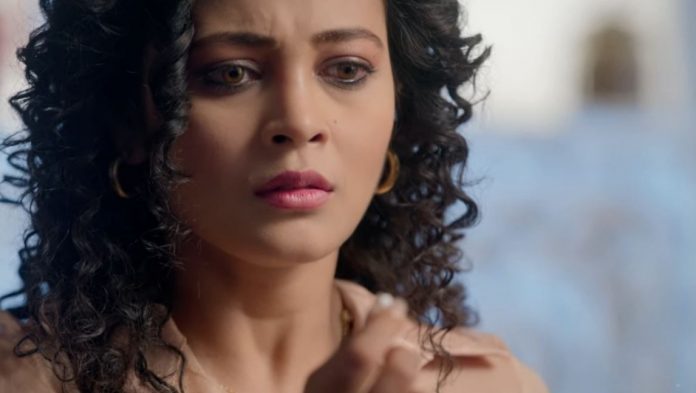 Kuhu shocker Rishtey Starplus Upcoming spoilers Kuhu spikes the coffee for everyone. Abir plays a game by shuffling all the coffee cups. Kuhu worries and wants to stop everyone from drinking the coffee. She thinks everyone will doubt her intentions if she tells the truth to alert them. She wants to know who has drank the spiked coffee. She thinks Meenakshi has consumed it. She realizes that Abir has consumed it, when she learns that Abir isn’t waking up for the puja. Mishti struggles to wake up Abir and take him for the puja. Kuhu wanted Mishti to sleep, so that she doesn’t come for the puja.

Mishti and Jugnu call a doctor for Abir’s treatment. Doctor tells him that Abir is fed sleeping pills, someone would have spiked his coffee. Mishti doesn’t think so. She tells that everyone had taken the coffee prepared by Parul. Kuhu didn’t wish this to happen. She wants to get saved. She regrets that the pill fell in the coffee by mistake. Abir and Mishti don’t get ready for the puja, while the entire family awaits them. The family prepares and leaves for the puja. Mishti tries hard to wake up Abir and take him to the temple before mahurat.

Doctor gives medicines to cure Abir. He collects Abir’s blood sample to know if he was really given some sleeping pill. Will Mishti find out Kuhu’s jealousy? Keep reading.

Sony Mere Dad Ki Dulhan:
Amber gets much caring towards Guneet. He wants to impress her somehow. He tells her that he wants to help her. She finds him much changed. He smiles seeing her. He likes everything about her now, since he is in love with her. He can’t dislike even her anger and taunts. Guneet thinks what happened to him that she is being so polite. She didn’t expect him to change. His friend wishes that they both get together soon. Amber lifts the heavy bags and takes it upstairs to her room. Guneet is struck by the surprising reformation.