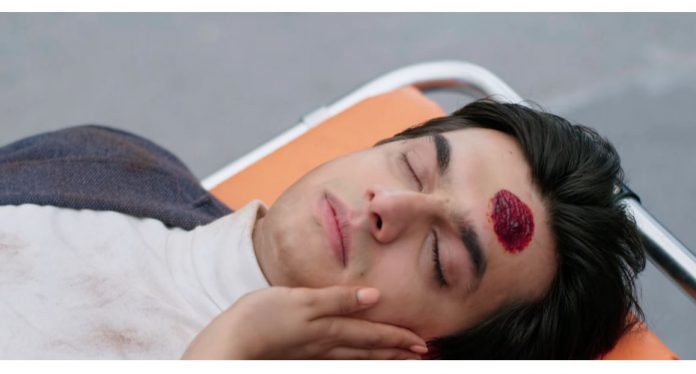 She tells that she always protected Kairav, but they have failed in few days. She tells that she will not leave Kairav with them. Kairav tells that he wants to be with Manish, who will never give him to police. He tells that he will not go with her. She tells him that she won’t listen to him now. She takes Kairav. Javeri thinks she isn’t scared of media or family pressure, he has to come up with another plan to deal with her. He employs someone to find about Kartik and Naksh, if they have found some proof. He instructs his aide to just scare Kartik to stop his search.

Kartik and Naksh find the footage with the proof of Mohan’s presence. They think to show the footage in the court. Kartik informs Naira that he has got the evidence, it will help them in the case. Naira informs him about Kairav’s statement to the media. She asks him to come home soon to speak to Kairav. He tells that he will accompany Mohan to his home for some time. They both receive the video of Kairav’s statement, which is made viral by Javeri. Kartik asks her not to lose courage, Javeri will try hard to stop them and break their efforts. He tells her that they have to focus on their goals and get justice for Trisha. Naira wants to defeat Javeri. Kartik awaits Mohan, after dropping him home.

Naksh tells him that he is afraid if the evidence will help them or not. Kartik is much hopeful that things will get fine. Javeri wants to know if Kartik got the proof. His aide thinks to stop Kartik from getting away with the evidence. He threatens Mohan and makes him run away. He hands over some money to make his mouth shut. He asks a truck driver to just speed the truck in a way that Kartik gets frightened. Javeri awaits a reply from his aide. Kartik and Naksh learn that Mohan has already left. Kartik finds Mohan running away. He stops Mohan and explains that there will be a threat on his life. He asks Mohan to stay safe with him.

Kartik meets with an accident. Javeri’s aide gets worried that Kartik got much injured, which wasn’t instructed by Javeri. He flees from there. Naira struggles to convince Kairav. She also tells the story of Akshara and her, since she did the same mistake of leaving her family being in fear that her mum will call the police to get her arrested. She tells Kairav that his fear could make him away from the family, he has to replace the fear by faith on his mum. She doesn’t want him to repeat the history. Devyaani and Bhabhimaa also share about Naira’s childhood incident. They ask Kairav to know that Naira loves him a lot.

Naira tells Kairav that she loves him a lot and wants to see his faith restored. Kairav doesn’t reciprocate. She stays worried. She wants Kartik to come home and explain Kairav. She gets a shocking call from Mohan and learns that Kartik met with an accident. She can’t tolerate the shock. Naksh attends Kartik and rushes him to the hospital. She runs to see Kartik. Kartik falls in miserable state. Javeri learns the huge blunder made by his aide. He hides the truth of Kartik’s accident from Goenkas. He wishes Kartik survives, else the matter will get too serious. Naira meets Kartik and loses courage when he faints down suddenly.