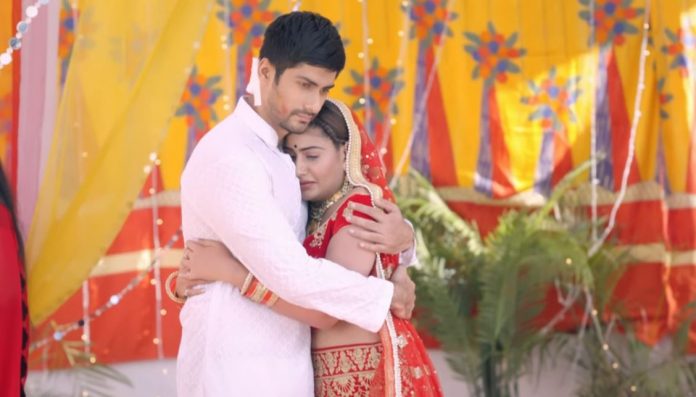 Starplus Sanjivani Closure Sidisha unite Happy ending Sid and Ishani’s love story finally gets accomplished. Their reunion looked impossible with Ishani’s realization and her decision to accept Ratan/NV in her life. Ishani decides to call off the divorce with NV. She proposes him for marriage. NV and Ishani celebrate Holi and also accept each other. Sid gets arrested by Mama’s fake police. Sid and Rahil want to know why didn’t the police take them to the police station.

They question the goons and learn that its a trap. Mama asks his goons to kill them. Sid understands that his enemy wasn’t Vardaan, but Ishani’s relatives. He tells Rahil that Mama and Mami have sent the goons to make him out of their way. They bravely fight the goons and manage to call the police. Sid seeks the help from the police. Rahil suggests that they should rush and inform the truth to Ishani.

Sid decides to expose Mama and Mami’s evil. NV accepts Ishani’s proposal and wants to make a new start with her. She promises to love him and fulfill her duties as his wife. She feels she has been unjust and didn’t care for his emotions ever. She apologizes to him. Bebe wants them to get married again. Ishani and NV prepare for their marriage. She stays worried for Sid. She wants to send medicines to him. NV wants to go to Sid and meet him, but Mama cleverly stops him. He tells that he will send the medicines for Sid in time.

Ishani compliments NV and tells that she actually got much late in accepting him. She feels indebted to him for his support. NV finds her disturbed and realizes that Sid is still on her mind. Sid and Rahil make the timely entry in Ishani and NV’s mandap. They stop the marriage. NV learns that Sid is innocent and Ishani’s relatives are the culprits. He can’t believe this. He feels Sid has been much wronged. Sid reveals to Ishani that her Mama and Mami got him attacked on the day of their marriage to stop him from reaching her, he was in coma since the last three years. Ishani is moved to know Sid’s true love and his suffering.

Mama and Mami get exposed and accept that they have done the crimes. They also admit that they defamed her parents and got them killed. They turn out to be nasty criminals. NV can’t believe that they broke Sid and Ishani’s love story. He gets them arrested. Ishani apologizes to Sid. She feels sorry for him, but dutiful towards NV. Sid too understands that she decided to marry NV. He tells that he got late and now he wants her to be marry with NV. He sacrifices his love and wishes her the best.

YRKKH Kaira to blast the evil

NV understands that their love is true and they are just sacrificing it for their promise. He asks Ishani not to burden herself by any promise or favor. He wants Sid and Ishani to unite. He frees Ishani from the marriage. He unites her with Sid. He tells her that his family will always love her. Ishani is more than happy to unite with her first love Sid. Sid and Ishani become Sidisha again.