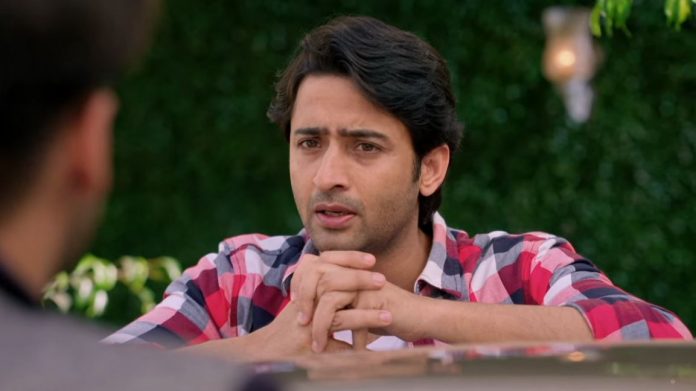 Rishtey Starplus Hilarious Abir reunion plan turns serious Meenakshi shocks the family by taking Parul’s avatar. She gets dressed up in Parul’s saree and works as a helper for the family. She tells them that Kunal has given the office rights to Parul, that is why she will be taking over the household work. She asks Kunal if she has no rights to do this work as well. She tells that Kunal has shown her right place by discarding her from his mother’s place.

She tells that Parul will take up her place in the office, she will be handling the business projects, Kunal will be teaching her work. She taunts Kunal and Parul so much that she makes them feel guilty. Her drama goes high and high. The family gets upset when Meenakshi decides to work as a servant and avoid the office work. Mishti and Kuhu try to explain Meenakshi that Kunal didn’t mean to hurt her sentiments.

Abir clearly knows that Meenakshi is doing everything to manipulate Kunal once again and get things in her favor. He doesn’t get affected by her melodrama. He asks her to limit her melodrama. Meenakshi tells the family that Kaushal will be managing her work. Kaushal and Nanu ask her to change her decision. She counts her favor that she has taught the business ethics to Kunal. She makes Parul emotional. Parul accepts that Meenakshi has made Kunal successful, none can take her place. She wants Meenakshi to go to the office.

Kunal also requests Meenakshi. She finally ends the drama and agrees to them. Kunal feels sorry for Parul, who had to bear the insult because of his decision. Parul doesn’t think he is wrong. Parul tells that Kunal and Abir went without having breakfast. Mishti goes to Kunal and tells that Kuhu accuses her for everything. Kunal doesn’t know why Mishti and Kuhu fight. Kuhu meets Abir and complains about Mishti. Abir tells her that Mishti is upset since he isn’t supporting her.

Kuhu gets upset and blames Mishti once again. Abir sees the sisters fighting again. Kunal wants to head to office and get saved from the drama. Abir tells him that he also wants to go away from the house. Abir and Kunal are worried that the sisters’ fight is increasing, which may soon affect their bond. Abir tells that they have to do something to unite the sisters, like they showed affection on the day of Holi festival. Kunal agrees to Abir’s plan since he is also fed up of Kuhu’s kiddish behavior.

He tells that Kuhu doesn’t love him, since she is always busy in blaming Mishti. Mishti and Kuhu’s fight goes on. They sometimes act cute and then foolish. Kuhu doesn’t want Mishti to get praised. She can change her schedule just to win the praise. Jugnu tells them that Abir and Kunal have gone to watch a movie. This upsets Mishti and Kuhu. They also wanted to go for a movie. Other side, Meenakshi is angered to see Parul in the headlines. She tells Kaushal that clients will be confused about the company owner, this may affect their business, Parul won’t be able to handle work. She asks Kaushal to call Kunal right away.

She calls up her aide Laxman so that she gets her work done without letting Abir and Kunal know about it. Abir and Kunal have tea at a small stall. Kunal finds the place unhygienic. Abir tells that they can adjust with the place, but not with Mishti and Kuhu’s fights. He tells Kunal that Mishti and Kuhu have love in their hearts, but their fights ruin it all. He shares the plan that their wives love them and now they shall use their love to bring them together. He tells that they have to create such situations that compel Mishti and Kuhu to get together.

Soon, they get kidnapped. Mishti and Kuhu get informed about their kidnapping. Mishti thinks its Abir’s prank to convince her. Mishti scolds the real kidnapper and takes the threatening light. Kuhu panics for Kunal’s kidnapping. Mishti tells her that Abir would have planned this prank. She asks Kuhu not to take it seriously. Later, Mishti learns about the kidnappers gang on a run. She wonders if Abir and Kunal are really kidnapped. Mishti and Kuhu get together to save their husbands. There is hilarious fun when Mishti and Kuhu fight the kidnappers. Will they learn Abir’s plan or fall into serious trouble? Keep reading.