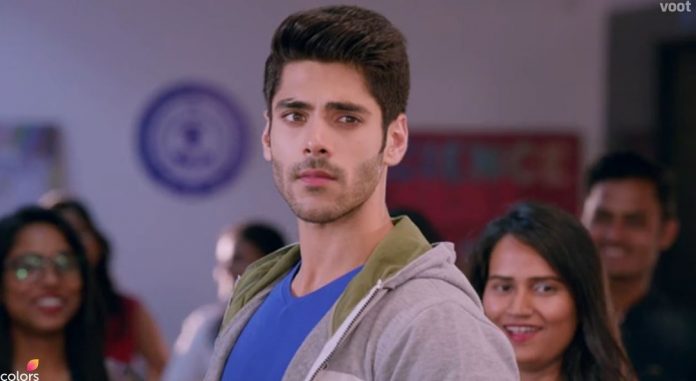 Shakti Shocking marriage Colors Pinky Arjun in trouble Heer figures out Preeto’s lie. She thinks Virat was right about Preeto. While Preeto and Harak Singh are taking Heer to Amritsar, Virat comes on their way. A police officer tries to stop Virat. Virat aims gun at him and asks Heer to sit in the car. He drives off. Harak Singh, Preeto and Heer’s brothers are left shocked. Virat and Heer reach the temple and gets married to each other. They exchange garlands. Virat fills her maang with sindoor and says from now on he has become hers.

Heer says from now she has become his wife. They take the rounds. Harak Singh and Preeto reach there with Rohan and Soham. He tells that he don’t accept this marriage. Sant Baksh reaches there with Parmeet and refuses to accept the marriage. Virat tells them that they have to accept their marriage as it is done already. Preeto gets shocked to see her fear coming true, Harman and Soumya’s story to be repeated. Virat and Heer rebel to unite, unaware of Heer’s Kinner identity.

Naati Pinky Ki Lambi Love Story: Pinky reaches Ram’s house and asks Nalini to jump down from the window. Nalini tells that she can’t jump from the window. Pinky tells her that there is an emergency situation and asks her to jump fast as they don’t have much time left.

Gagan reaches the hospital and pulls the wardboy to side. He threatens him and gives him money to do his work. He asks him to kill Arjun somehow and says Pinky’s Arjun ji, nobody will save you. Arjun gets critical. The ward boy tries to kill Arjun by taking out the oxygen mask. Pinky reaches there on time and saves Arjun. Will Pinky find out Ganga’s conspiracy and get him arrested for the crime? Keep reading.