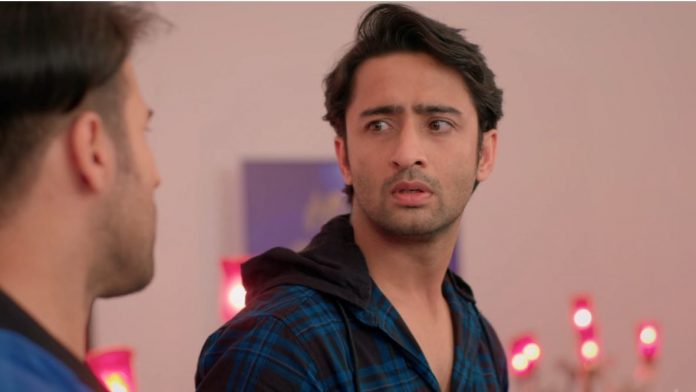 Abir shocker in Rishtey Starplus Mishti sharp accusation Kuhu and Kunal share a romantic dance. Kuhu wants to spend romantic time with him, which soon gets hindered by Meenakshi’s call. He gets worried when Meenakshi calls him home. He decides to leave for home. Kuhu disagrees to leave her honeymoon midway and return home. They take the matter to Abir and Mishti, who are also spending private time at the bonfire. Abir learns that Meenakshi has called Kunal and Kuhu back.

He doesn’t think that they should listen to every unreasonable demand coming from Meenakshi’s side. He thinks its not right to bear it always. He tells that they should change the trend and explain Meenakshi that she is wrong. Kuhu and Abir want to talk to Meenakshi and refuse to return. Kunal doesn’t want Abir to upset Meenakshi. He wants Abir to calmly decide what excuse to make and then talk to Meenakshi. Mishti also thinks that avoiding the calls is a better option.

She asks Abir not to make any tensed up call to Meenakshi. Abir and Kuhu are okay to their advice. Meenakshi and Parul’s drama goes high, when the former overhears Parul speaking to Nanu and Kaushal about Kunal’s holiday with Kuhu. Meenakshi learns that her family has been hiding about her children from her. She is angered that Parul is demanding her right on Kunal by taking charge as his mother. She feels Parul has snatched her rights on her son. She is much hurt feeling Kunal’s love got divided now. Nanu wants Parul to show understanding towards Meenakshi.

Parul faces Meenakshi’s wrath. Meenakshi wants Kunal to be obedient and loyal towards her first. She tells them that the family can’t blame her for everything, since she runs the business to manage her family expenses. She doesn’t want Parul to fool her. She asks Parul if she knows the struggles faced by her to earn the money. She regards her responsibilities as her own duties. She feels Parul has deceived her by forgetting her favors. Nidhi comes as Meenakshi’s supporter. Meenakshi teaches a lesson to Parul in anger. Mishti knows Meenakshi’s anger well. She doesn’t want Kuhu to speak ill about Meenakshi.

Kuhu asks Mishti if she is acting great to support the dragon Saas Meenakshi. Meenakshi spies on Ketki and gets her phone to speak to Mishti. She then manipulates Mishti to know about Kunal and Abir. Mishti is stressed about the situation at home. Meenakshi makes Mishti realize the duties of a Bahu. She wants Mishti to convince Kuhu and Kunal to return home just to sign some legal documents. She tells that Kunal may check the project documents and then return back to the resort. She tells that the project will get cancelled if Kunal doesn’t come on time. Mishti doesn’t want Kunal to suffer in business.

She thinks its the best solution offered by Meenakshi. Mishti tells her that she will send Kunal and Kuhu. Kuhu misunderstands Mishti for speaking to Meenakshi by stopping them. Kuhu and Mishti’s bitter argument shocks Abir and Kunal. Kuhu blames Mishti for getting Parul’s rights just to hurt Meenakshi. Mishti also reveals Kuhu’s mistakes. Abir doesn’t want Kunal to know about Kuhu’s mistakes and react.

He wants to save Kunal and Kuhu’s relation from spoiling. Kuhu thinks Mishti has returned the company just to reap the benefits of his hardwork. Abir tells Mishti that Kuhu and her fight have made Meenakshi succeed. Mishti doesn’t think she is wrong. She refuses to go with Kuhu. Abir and Kunal fall into a tricky situation. Abir feels Mishti is adamant to prove herself right, just like his mum does. Mishti refuses to go home with him. Abir doesn’t think he should withdraw support towards Kunal. He feels his firstmost duty towards Kunal.