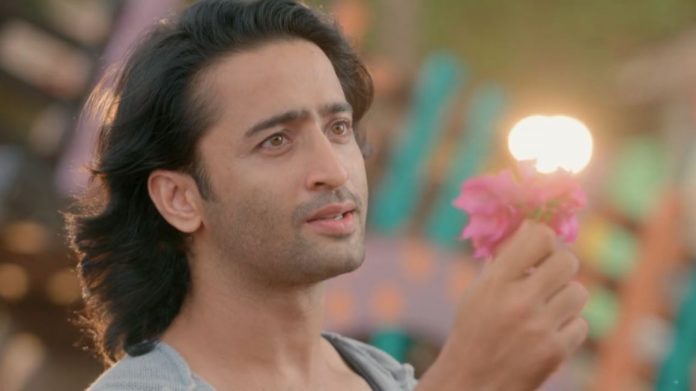 Starplus Rishtey Abir Proposal Shayari for Mishti Abir comes up with some beautiful poetry for his lady love Mishti. Reminiscing the moment of Abir and Mishti’s blossoming love. Abir gets down on his knees to profess his love Mishti in the most beautiful and straight-forward way, binding his words with friendship, which doesn’t let Mishti think that he is in love with her since their first meet. The shayari goes like this.

Na Jaan Pehchaan thi Na koi mulaqaat thi. There was neither any acquaintance nor any meet.
Pehle se hi alag si baat thi. It was something different since before.
Masoom si lagi wo jab wo duniya se lad gayi. She looked innocent when she fought with the world.

Ek roz baad mein mujhpe bhi bigad gayi. One day later, she got angry on me too.
Na aapko khayaal tha Na mujhko thi koi khabar.. Neither you realized nor did I know.
Aapke bigadne se baat ban rahi thi magar. Things were actually forming up with your annoyance.
Dil mera machal gaya jaise Chand raat me morni. My heart goes out happily like of a peacock on a full moon night.
Mere naseeb me likhi hai ek angry si chorni. My fate has an Angry Chorni (Mishti) certainly.

Janta hoon Kanto bhare raaste bhi aayenge. I know the way would also be filled with thorns.
Magar dosti ki hai humne, hum dosti nibhayenge. But we have friendship, we will keep it.

Mishti is all smiling after hearing the beautiful poetry spoken from his heart. She realizes that she is Abir’s Angry Chorni close to his heart. This very proposal becomes the basis of the love blossoming in Mishti’s heart as well, since she gets certain of her choices in life. Abir and Mishti’s proposal moment is one of the best ones from the show. Do you also agree with this? Shoot in your comments.