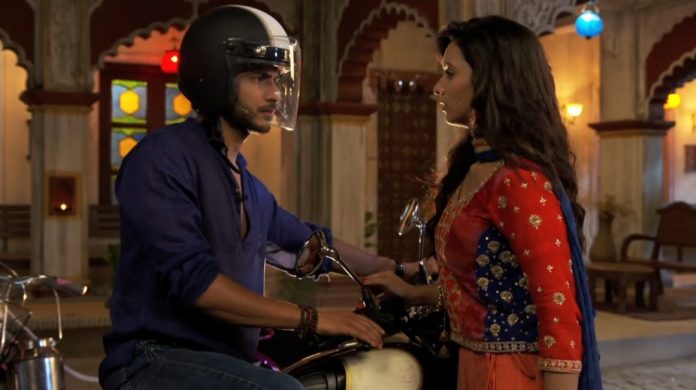 Starplus Today Surprise Jana Na Dil Se Door Revisited The story set in the city of Ajmer shows the love striking two contrasting personalities, Atharv Sujata and Vividha Kailash Kashyap. Vividha works as Kailash’s son, being his eldest daughter. She is happy that her dad is proud that she is his daughter. Atharv Sujata wins the gold medal in his college. He gives the credit to his hardworking mum, who raised him single handedly. Vividha runs Kailash’s catering business successfully.

Atharv gets a good opportunity. He doesn’t want to join a reputed company. He wants to start his own company and provide employment to many. He makes sure that his mum’s values are praised. He doesn’t feel the need for his father’s name. Atharv returns to his mother’s place. Vividha makes prayers for her family. She comes across Atharv.

A little glimpse of each other make them curious. Vividha enlightens everyone’s mood in the Jagrata. Vividha finds a new trouble around, when the kheer gets spoiled. She tries to manage the matter before Kailash knows about it. She wants to keep her dad’s respect. She goes to buy some milk at Sujata’s dairy. She comes across Atharv once again, who reaches home at the same time when a cow is in labor. Vividha doesn’t think he can help. She wants to call Sujata. He tells her that he will manage it. She faints down watching him deliver the calf. Everyone waits for Vividha, while Kailash’s entry happens when he saves his other daughter Guddi from some eve teasers.

He slaps the guy and teaches him a lesson. Vividha gets impressed with Atharv for his sensitive side. She gifts her anklet to the calf, leaving him surprised. She wants to buy the available milk to make kheer for Jaagran ceremony. Atharv refuses to sell the milk. She then boasts of her family status. He saves her from getting hit by the angry cow. She misunderstands him. Vividha learns about Kailash’s anger and runs back to the family. Sujata is pleased to see her son back. She learns about Vividha. Kailash is angry on Guddu as well.

Vividha calms his anger like always. Vividha gets surprised to know about Atharv providing the milk for kheer. He tells that Atharv has kept Kailash’s pride, he didn’t even charge money for the milk. Vividha goes to pay the money to Atharv. He doesn’t accept the money. Vividha finds his personality sweet hidden behind stern behavior. Kailash dreams to get Vividha married in a rich house, while Vividha falls for Atharv.

Reviewed Rating for this particular show: 5/5 Definitely worth watching
This rating is solely based on the opinion of the writer. You may post your take on the show in the comment section below.