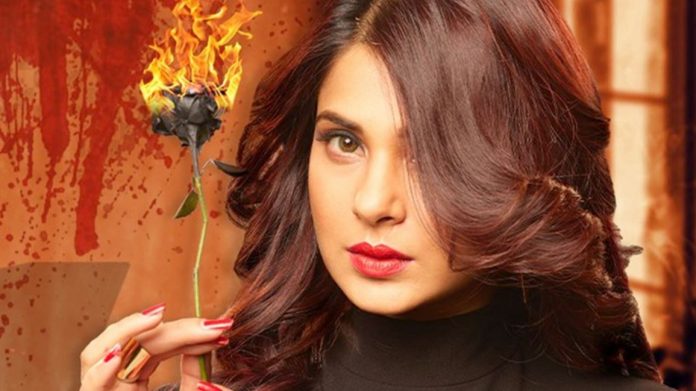 Beyhadh Climax revelation Sony Maya Mrityunjay Maya falls weak on thinking about Rudra. He shows her Rudra’s statement against her. She learns that Rudra is finding her to kill her for revenge. She shatters with his hatred. Vikram tells her that she has no option left now. She recalls the times when Rudra defended her from all the blames and supported her.

Vikram tells her that hatred is deadly and can never change in person’s heart. He tells that he didn’t hate her ever, even when she cheated him. He asks her to accept his love and forget Rudra. He wants her to choose him, not anyone else. He tells her that he can give his life and take anyone’s life for her sake. Mrityunjay raises the fire alarm by burning some newspapers. He wants Maya to come out of the house herself.

Vikram gets alert by Mrityunjay’s move. He tells Maya that the have to leave and avoid the fire. Maya understands Mrityunjay’s plan. She tells Vikram that there is no fire, its Mrityunjay’s plan to bring her out of the house, he doesn’t want to return empty-handed. She tells that she knows Mrityunjay well, he can lock her up and go out to check Mrityunjay. She asks him to believe her once. He doesn’t want her to die in the fire incident. The people start vacating the building. Vikram projects his false family and leaves the building in front of Mrityunjay. Mrityunjay doesn’t get to see Maya and thinks to leave.

He then gets a letter from Maya. She tells him that she is free to go anywhere, he won’t be able to catch her or stop her. She mentions that he won’t ever reach her even when she stays in front of his eyes. Mrityunjay gets angered on her letter. Vikram sees him and realizes Maya was right about Mrityunjay. He thinks she is very smart. He doesn’t want Mrityunjay to return to find her. Maya thinks which enemy to deal first, Mrityunjay or Vikram.

She employs Vikram in her goals to take her revenge. She wants Vikram to help her kill her enemies. Vikram promises to kill Mrityunjay and others who has tortured his princess. He tells her that he will gift her even Rudra’s death. Maya doesn’t want him to harm Rudra and rages at him.