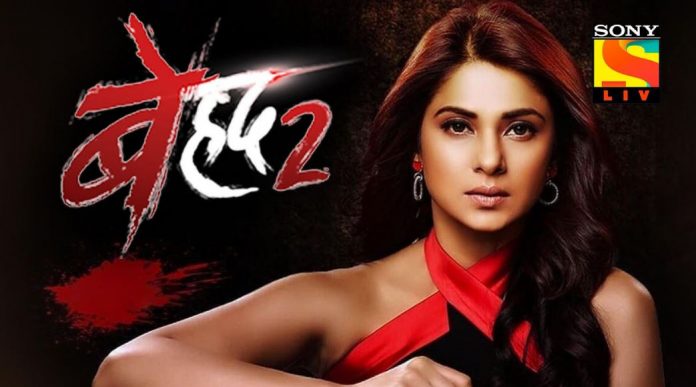 Beyhadh Stunning Closure Maya weaponized for revenge Maya takes Vikram to the room set for her child. She shows him the empty cradle. She tells him that her revenge started from the same place. She reveals about Mrityunjay and her love story, how he cheated her in love and killed her baby in womb.

She tells Vikram that Mrityunjay lied to her about his marriage and took advantage of her innocence. Vikram is angered to know her past, which she didn’t reveal before by faking memory loss. She opens up her painful past. She tells him that Mrityunjay has snatched her child and gave her an unforgettable pain.

She tells that she doesn’t deserve to become a mother, since she couldn’t protect her child. She stayed like a victim and didn’t fight back when she had to. She tells Vikram that she was tortured brutally by Mrityunjay and his aides. She reveals that Mrityunjay had attempted to kill her. She cries in pain. She tells him that she had waited for ten years to take revenge on Mrityunjay, to complete her hatred. She feels she has lost once again. She asks Vikram why did he return to hinder her revenge goals. She tells him that he won’t let her complete the revenge, she knows it well, but she has decided to not make any relation with him until she fulfills her revenge.

She tells that she won’t even think of having a child, until she does justice with her lost child. She asks if she has no right. He tells her that she has a right to take revenge, they will have a child when they have love between them. She insists that she wants her revenge. On the other hand, Rudra questions Mrityunjay about visiting Maya’s house when the handwriting didn’t match. Mrityunjay tells him that Maya isn’t at her house. Rudra tells that he just wants to hear the truth. He tells that their relation spoiled before, because of his lies.

Mrityunjay tells him that he just went to clear his doubt. Rudra makes him swear. Mrityunjay swears on his son. He ends Rudra’s questions. Aamir asks Mrityunjay if he made a fake swear. Mrityunjay tells him that no swearing can save Rudra from Maya, just he can save Rudra from her madness. Maya tells Vikram that she is much lonely. Vikram offers help on knowing her past. He tells her that she isn’t alone now. She doesn’t think that he will complete her by completing her revenge. He falls into her trap by promising to take her revenge on her enemies. He asks her to just tell him about her enemies and ways to target them.

He assures that he will handle everyone. He wants her promise that she won’t leave the house. She promises him. She acts to love him. He believes her, when she looks fragile. He tells her that he will exact her revenge, she has to keep her promise that they will start a new life and have a child with him. She happily gives her consent to accept him as her husband. She tells him that he may help her, but she will exact the revenge herself. He tells her that the battle is of him as well, he wants to become her aide. He promises his support. She tells him that if he supports her, then she will spend the rest of her life with him.

She asks him to kill the enemies, who had tortured her. He asks her to give the names of her enemies. He promises to kill anyone she tells. She shows the list of her enemies. She reveals how she got insulted and tortured by Mrityunjay, his wife Antara, his mistress Dia and his friends Sudhir, Jogi and Aamir. She tells Vikram that Mrityunjay ruined her life. He promises to kill all of them, and also gift her Rudra’s death. She turns angered when he names Rudra. She doesn’t want him to harm Rudra. She lies that she will kill Rudra at last.

He takes her promise. She false promises her and shows hatred towards Rudra. He falls into her words. She wants to kill Vikram too, but after using him as her puppet. She can’t forgive him for killing Rajeev and Nandini. She can’t let Vikram kill her husband Rudra. She wants to meet Rudra and tell him that her love for him is true. She is ready to bear his hatred, but protect his life.

Due to Covid-19 situation, the shows updates have stopped. We will try to collect any upcoming news and provide to you to balance out the shows abrupt closure. You may still find the upcoming news on the website. Comment below if you find any alternate content interesting or willing to read on Tellyreviews.