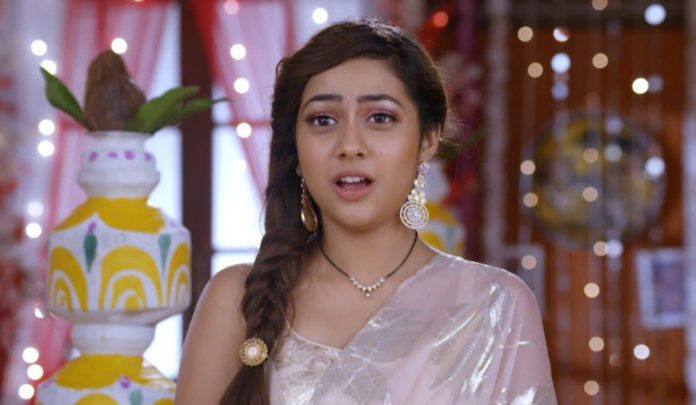 He wants her to stay as his wife for the sake of his daughter. He tells that she has to be his daughter’s mom. Kalyani doesn’t know what to do. She wants Trilok to become a donor for Moksh and save his life. Malhar yells at Trilok for brainwashing Kalyani emotional. Trilok doesn’t accept any nonsense.

He vents out his frustration on Kalyani. He asks Kalyani to better decide it herself. Kalyani asks Malhar if they can find a donor for Moksh, someone else, who is ready to help them selflessly. She expresses her wish that she doesn’t want to take Trilok’s help on his conditions. Malhar too asks her not to listen to Trilok, who wants Kalyani in return for his help. Trilok tells Malhar and Kalyani about his wife, whom he lost years back. He asks Kalyani to just take her place and take care of his daughter. Kalyani doesn’t believe him.

Malhar also thinks that he is lying. He asks Kalyani to accompany him to the police station for the legal matter. Kalyani gets into an argument with him after they have a clash of opinions. Malhar tries hard to convince Kalyani for avoiding Trilok. They get into a moment of romance, much missed in their lives since long. Kalyani tries to judge her emotions. She takes time to decide about meeting Trilok again.