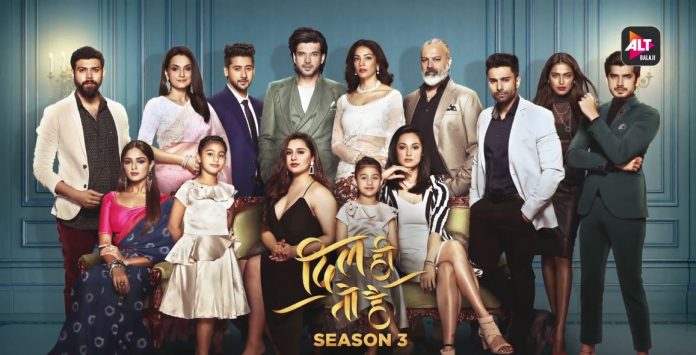 Dil Hi Toh Hai Season 3 Karan Kundra Yogita Bihani Vijay and Mamta’s anniversary party gets celebrated by the big Noon family. The family looks much happy and sets the floor on fire. Rithvik and Palak have a romantic moment in her imagination. Palak misses him out. Rithvik met with an accident two years back and was in coma.

After coming out of the comatose state, he misses his life’s two precious years. He doesn’t remember anything about the past. He asks Palak about his accident. His accident was much deadly. He asks Palak if Vikrant took his place in these two years. He wants to know if she has married Vikrant. Palak doesn’t think it matters.

Palak gets angered at him on seeing his flamboyant ways. Rithvik doesn’t remember if he had a relation with Palak in the past. His accident changes everything for Rithvik and Palak. Fate had united them, but a moment makes them torn apart. Rithvik get rude towards her like always. Though he doesn’t remember his love story, he remembers his arrogance. Palak is much hurt that Rithvik is flirting with other girls. Rithvik treats her just like his doctor. He asks her to not behave like his wife.

Vikrant promises to support Palak. He tells her that he won’t leave her until Rithvik snatches her back. Rithvik grows jealous seeing Vikrant and Palak. Vikrant is sure that he will get Palak’s love. He feels proud of his one-sided love, which is much powerful. Rithvik tests Palak’s love by criticizing her. Palak doesn’t want to pressurize Rithvik to know the past, which may affect his mental health. She sinks in sorrow. She doesn’t want to harm him.

Rithvik blames her for running after his richness. Palak doesn’t get affected by his disgusting blames. She feels bad for him. Rithvik then starts feeling for Palak. Rithvik feels love always tests the person, the one which happens easily can’t be love.