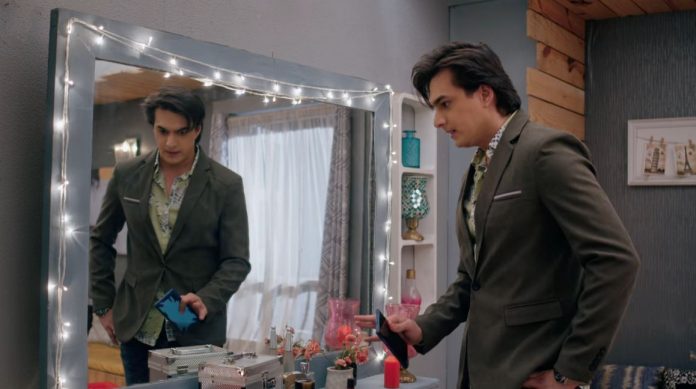 Yeh Rishta Lockdown StarPlus Upcoming new twists Kaira search track is the Upcoming in Yeh Rishta Kya Kehlata Hai. Kartik gets the news about his daughter’s survival. He doesn’t share anything with Naira until he learns about Kaira’s current family and address. He soon learns about her location and decides to leave for the place.

Kartik gets remorseful for the fact that he didn’t wish to have a child because of Naira’s illness before. He thinks that he has lost Kaira due to the fact that he decided to not have his own child ever. He feels guilty for his decision. He recalls the Diwali and the re-union day when he revealed his big upsetting decision. It so happens that Kartik and Naira celebrate Diwali with the Goenkas.

They make sure that the entire family stays happy and celebrate in their usual grand style. Kartik and Naira happily get pictures clicked. Kartik tells the family that it was only Naira’s wish to see all the three families together under the same roof. He seeks Dadi’s permission for the reunion. Dadi gives her permission to Naira for calling anyone she wants. Kartik and Naira decide a reunion with the old relatives. They invite Maheshwaris and Singhanias in the Goenkas family get together. There is a Rishton Ka Utsav event by Naira’s conception.

Naira makes sure that everyone comes on the same day and get to meet each other, which will be like a great festival for them. A shocking decision comes from Kartik, which leaves everyone in distress. Kartik can’t pretend to be happy. He finally tells the family that he has taken the decision, he doesn’t want a child in his life, Naira and his life is actually complete with each other. His decision shocks the family to the core.

He asks them to stop discussing about Goenkas’ heir. He gets to learn the pressure put on Naira from Shankari Tai and Baisa. He gets upset. The misunderstanding about Naira’s pregnancy spreads around. Suwarna distributes sweets in the house. Kartik doesn’t want anyone to hurt Naira’s sentiments. His intention remains the same even now. He doesn’t want any false hopes to hurt Naira and waits to meet Kaira first. Keep reading.