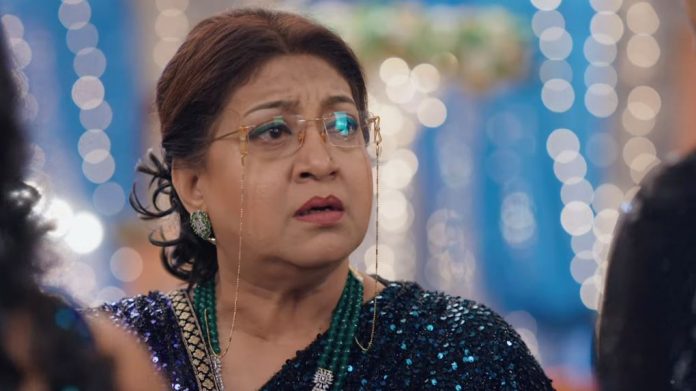 Yeh Rishta Upcoming news Dadi to condemn Kaira Dadi being the decision maker in Goenka house will be seen back into the form once again. She is very loving and caring towards Kairav compared to Vansh. Dadi had been partial between Kartik and Kirti before, supporting the male heir. The same track of discrimination will be seen once again when Kaira makes an entry in the Goenka family.

Kaira, being the elder child of Kartik and Naira, will not get her righteous place like Kairav does. Dadi will be seen condemning Kaira totally, with a sharp accusation that Kaira isn’t a Goenka member. Ahead in the track, Dadi’s sharp criticism will form the major family drama. Kartik will reveal that he has found Kaira by all his hardwork, she is really Naira and his child. He will struggle to get Kaira an acceptance in the family. Dadi will not be giving up on her adamancy soon. Kartik and Naira’s new struggle will begin for Kaira’s identity.

They recall the conception of Kaira, their first child, which brought much happiness for them. Naira had her baby shower ceremony celebrated along with Kirti’s, which was a double celebration for Goenkas and Singhanias. They have good memorable moments of their celebrated pregnancy. Kartik and Naira were too happy to announce ‘We are pregnant’ with Kaira coming into with lives. They had an intuition of having a baby girl.

Kartik and Naira were to be proud parents of Kaira, which couldn’t happen because of the accident. Aditya posed troubles for Kirti, being jealous that she has successfully moved on with Naksh. Kirti and Aditya’s bad equations resulted in Kartik losing his daughter. There is still a big mystery about the person buying the baby from the hospital.

If it will be Aditya or someone random, the story is really exciting to watch. Dadi and Naira’s major tiff will be seen. Kartik will have to fight another battle with the family for the sake of his daughter. Kartik’s fatherly emotions were high on his first meeting with Kairav. Everything related to Kairav was made magical to take the story to the next level. This time, Kaira’s entry and the coming track will be more splendid. Viewers can expect a more dramatic reunion of father and daughter, Kartik and Kaira.

Due to the lockdown, the show’s fresh updates have stopped. We will try to collect any upcoming news and provide to you to balance out the shows abrupt closure. You may still find Yeh Rishta Upcoming news on the website. You may leave a comment below.