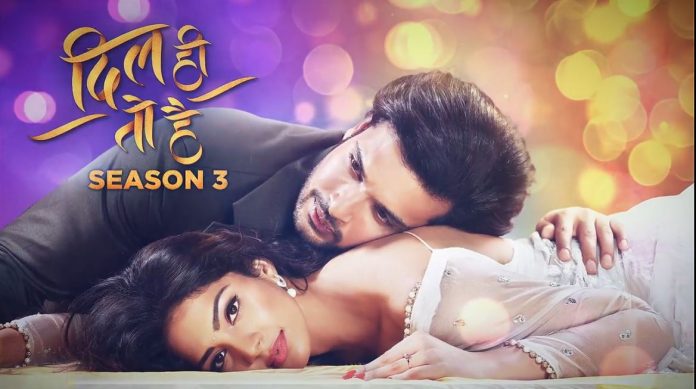 New Dil Hi Toh Hai S3 Episode 1 Rithvik Palak accident Palak’s voiceover begins the show’s first episode. She tells about the love and hate relationship between Rithvik and him. She recalls his love confession moment. She loves Rithvik immensely and had married him. Palak was misunderstood by Vijay, who never wanted to accept her. Palak was assumed as a gold digger.

Palak was helpless to leave Rithvik for the sake of his family. She pretended to be in an affair with her boss. She lied to Rithvik that she is pregnant, and he isn’t the father of her child. She created hatred for herself in Rithvik’s heart. Rithvik now hates her. Palak raised her daughters single-handedly and then revealed the truth to Rithvik that its his daughters. Rithvik misunderstood her and then realized that the daughters belong to him.

Setu feels sorry for Rithvik and Palak. Rithvik goes away from Palak. It gets known that Rithvik isn’t with the family. Palak is much pampered by the family. She looks after her daughters. She looks after the family’s elders. She wants to get her medicines for her immunity also. She avoids Mamta and goes out of the house. She meets Setu at the park. She tells Setu that she uses the sanitizers to avoid the germs in the park. She expresses her stress. Setu doesn’t want her to worry so much. Palak gets herself checked by the doctor.

Mamta meets Palak and confronts her about running away due to her fears. She asks Palak to go for the driving tests. She wants Palak to forget the accident. Palak tells them that she is afraid of losing them. She doesn’t want any other accident in their life. Rithvik’s parents want Palak to take the driving test and take the steering in her hands. Vijay’s daughter is miffed that Vijay always favors Shivam for the work tasks. She gets jealous of Shivam. Palak gets paranoid thinking about Rithvik’s accident. Mamta asks her to just drive.

Palak imagines Rithvik once again. Rithvik appears to motivate her. Palak and Rithvik have a cute moment again. He asks her not to have any fear of losing him. He wants her to feel better and just drive, thinking about him all the way till she reaches the destination, keeping him safe. Rithvik tells her that she shouldn’t stop on the way. He motivates her and makes her clear the driving test. Palak gets all smiling with Rithvik’s company, which is just her hallucination. Then happens Vikrant’s entry. Vijay and Vikrant show their sporty side. Vikrant loses out to Vijay in the game to make him smile.

He wants Vijay to feel like a winner always. Vikrant tells Vijay about the new project. He fixes the deal for Noons. Shivam reaches late for the meeting. He learns that Vikrant has managed everything for Noons. Palak gives the good news that she has passed her driving test. She meets her friends and family. She gets a laugh being in good company. She then misses Rithvik. She messages Rithvik to thank him that she could have not done this without him. The anniversary party of Noon’s elderly couple begins. Shivam and Ananya have a romantic moment. Dadi breaks their moment. Vijay praises Palak for clearing the driving test.

Noons celebrate in the party in their super grand style. Everybody is really happy for Vijay and Mamta. Vikrant and Palak come up with a romantic performance in the party, bringing a big twist. Palak imagines Rithvik around. Her world turns upside down, recalling the sorrowful day when she nearly lost Rithvik in the accident. Her life gets dark and dull. Vikrant tries to bring a smile on her face. Palak wants to explain her heart that Rithvik isn’t with her now. She wanted to live the second chance with Rithvik.

She didn’t know that she will be getting separated from Rithvik due to the fate’s biggest blow. Rithvik and Palak met with the accident, where she recovered with time, and Rithvik slipped in prolonged coma. Her condition was stable, but even then Rithvik’s coma state puts her in an unstable fix. She feels she can’t live without Rithvik. She knows that she can never unite with Rithvik. She cries for Rithvik, who isn’t with her, but still with her.

Reviewed Rating for this particular episode New Dil Hi Toh Hai S3 Episode 1: 5/5 Great start
This rating is solely based on the opinion of the writer. You may post your take on the show in the comment section below.