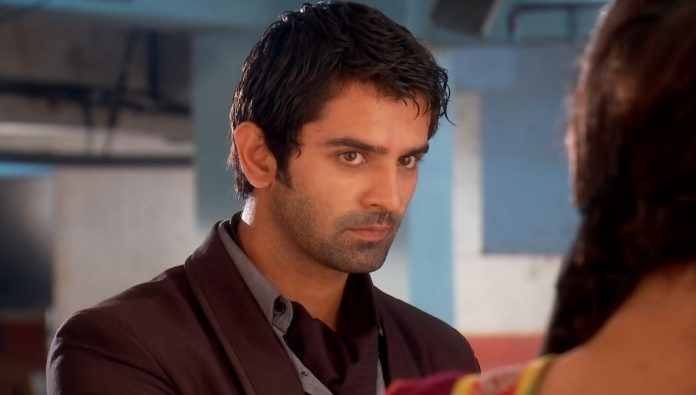 IPKKND Live Starplus Today Arnav Khushi massive meet Khushi gets surprised when Shyam calls her up to know about her office work. She asks him how did he get her phone number. He tells her that he got the number from her biodata, he isn’t spying on her. He asks if she is doing her job well.

He tells that he is a lawyer and deals with such things. Arnav and Lavanya try to strike a deal. Khushi finds a temple in the office. She lights a lamp there and offers prayers. The lamp starts off the fire alarm. Khushi creates a ruckus in the office, while Arnav promises the best services to the clients. Arnav claims that nothing goes wrong in his office. He falls flat on his word when everything seems to go wrong. The water sprinkles get started. Arnav gets enraged with the blunder. He wants to know about the person responsible for this. He expects an answer from Lavanya.

He learns that someone has lighted the lamp. He asks the guard about the person. Shyam lands up at Bua’s house to help her out. Bua misunderstands him and yells at him. She falls down and gets herself hurt. Shyam does the magic to relieve her ankle sprain. He tells that Khushi has asked for his help to solve her pension problem. He reveals that he had protected Khushi in Lucknow and got her a job as well. She praises him. Khushi gets to see Arnav in the parking lot. She doesn’t want to face him until she earns money.

She hides at once. She thinks to get his address, so that she can reach him upon earning the money. She gets into a fresh argument with him. She asks him to give his address, since she is working hard in her job to get money. She tells him that she has got a good job. Arnav doesn’t think she will get a job. He asks her where is she working. She tells him that she is working in a big company.

Arnav thinks just fools will be tolerating her. She argues with him while praising her boss. He insults her for falling in his arms for reaping benefit. Her dupatta gets stuck to his car while they argue. He tears the dupatta to get rid of her. She cries for the loss. She gets scared of his angry stare. She wants to know why is her fate connected with him. She returns to the office and learns about the fire alarm.

She realizes that she is responsible for the ruckus. She wants to admit that she had lighted the lamp. Anjali is glad to know that someone is worshipping with devotion in Arnav’s office. Arnav tells her that Lavanya didn’t send the bouquet. She asks him who had sent it. Nani tells him that she also heard about the office fire. He tells that someone has lighted the lamp by mistake and started off the fire alarm. Nani is suspicious of his lover. She wants to know about the girl in his life.

Shyam awaits Khushi. He likes her a lot. He helps Bua for Khushi’s sake. Shyam tells Bua that he has no house to live, he stays in the hotel. Bua asks him to stay in her house as a tenant. She thinks rent amount would help in the house expenses. Shyam gets willing to stay for being close to Khushi.

Reviewed Rating for this particular episode IPKKND Live Starplus Today Arnav Khushi massive meet: 4/5
This rating is solely based on the opinion of the writer. You may post your take on the show in the comment section below.