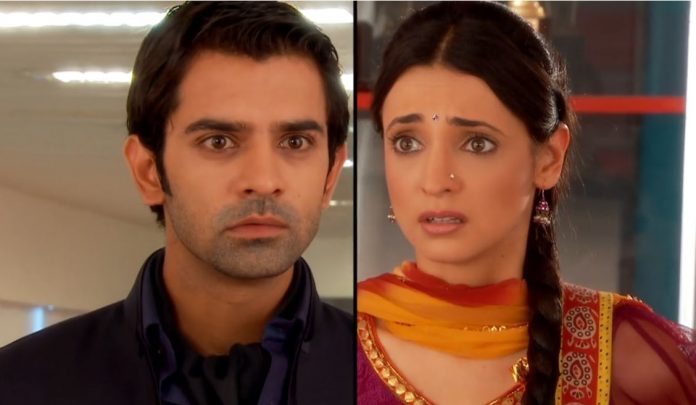 IPKKND Khushi Starplus shocking face off with arrogant ASR Season 1 Episode 15 Khushi finds strange to see the colleagues eating a pizza. She doesn’t like the pizza. She thinks to meet Lavanya soon. She is asked to pay the huge bill. She gets tricked by the colleagues. Anjali keeps the fasts for the welfare of her husband. She wants the family to stay happy. Nani doesn’t want Anjali to keep fasts.

Manorama tells Anjali that there is a gift sent by Anjali’s husband. Anjali likes the ring and happily cries. Manorama tells that the ring isn’t much costly, that’s why Anjali is crying. Anjali is happy with the gift. Nani scolds Manorama. Anjali misses her husband. Khushi learns that the colleagues have taken a feast from her.

She asks everyone why didn’t they tell her before about the feast. Pam scares her further about the bill. Khushi is forced to pay, but she reveals that she has no money to pay. Lavanya asks the staff to finish the lunch soon and come for work. She asks Khushi to be at her work desk. Manorama gets angry about Nani’s taunts and complains to her husband. Lavanya asks Khushi to get green tea for her. Sim jokes that Khushi doesn’t even know about green tea. Anjali wants her husband to return home soon.

Nani asks her not to feel bad of Manorama’s words. Anjali just sees positive things around. She tells Nani that her husband loves her a lot, despite her flaws. Nani knows that Anjali is a gem. Khushi gets help from Manju aunty, the cafeteria chief. Manju tells her that Pam and Sim won’t spare her. She gives an idea to Khushi to manage herself in the office. With a hilarious explanation, she cheers Khushi. She wants Khushi to win Lavanya’s heart. She tells that she has to first impress ASR.

She tells that if ASR is happy with her, then everyone will be in her control. Khushi likes her advice. Arnav makes an entry in the office. Manju asks Khushi to get his signatures on the appointment letter. Khushi goes to ASR to get his signatures. He gets busy on a work call.

Manorama complains about Nani to Akash. Akash wants Nani and Manorama to patch up. Arnav appears strict. Khushi overhears his conversation and gets scared. They finally come face to face in a dramatic moment, when she hides under the table and gets hurt on her head. Arnav bends to pick the papers and finds Khushi hiding. He learns that she is working in his office. She learns that he is the boss ASR, about whom Manju was telling her. They recall their first meet at the fashion show. Arnav dislikes her to the core. Even Khushi has same feelings for him.