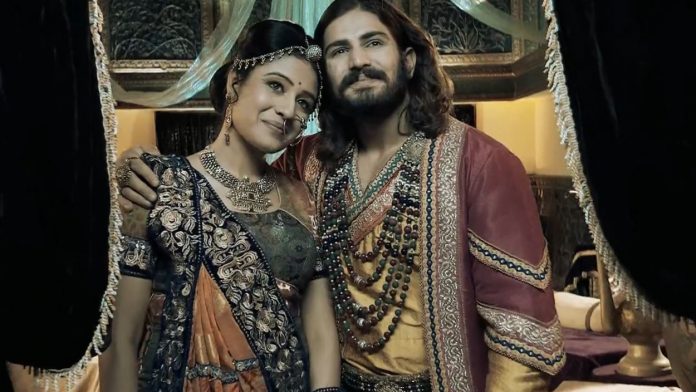 Jodha Akbar Lockdown Zee Classic Epic love drama Akbar is a fierce king, who has no mercy. He marries Jodha after conquering her province. Jodha gets a big task of changing him into a human. She hates him and vows to kill him. She changes her mind after falling in love with him. Akbar too falls in love with her and face many obstacles. He changes her revenge intentions and also her hatred by his love.

She didn’t know that their hatred will change into eternal love, which will change them forever. The journey turns much interesting to watch. In the finale, Akbar declares the rights deserved by his wife Jodha. He asks the minister to get the coins made by Jodha’s name, so that the people know her status. Jodha gets acceptance by one and all. She has done many things to save Akbar in the battle field.

She gets praised for managing things in the business as well. Jodha proves her patience, determination and mercy. She has the power to forgive her enemies. Akbar’s other wife also pays respect to Jodha. She reveals the new coin model, by name Jodha Begum. The people and courtiers get happy to see Akbar and Jodha’s strong bonding and success. Jodha feels lucky to get a doting husband like Akbar. She turns her enemies into friends by keeping a big heart. The coins get distributed in the province.

Jodha thanks Akbar for giving her a high rank in the palace. The political marriage between Akbar and Jodha becomes one of the ideal marriages. It brings love between them and also changes the fate of the nation. Jodha empowers Akbar into becoming a successful emperor. Jodha forgives Rukaiya, but fails to get forgiveness for the latter from Akbar. Rukaiya apologizes to Jodha for all her crimes. She is thankful that Jodha has given stability to Jalaluddin and turned him into a humble man. She tells that Jodha has given the title of Akbar to Jalal.

She salutes Jodha for winning Akbar’s love. She wishes that Jodha Akbar’s eternal love always stays the same. She decides to leave from Akbar’s life. Akbar forgives Rukaiya after realizing that she has learnt from her mistakes. He asks Rukaiya to succeed in her life’s new phase. Rukaiya tells him that she will move on in her life. Jodha and Akbar have a sweet ending, bonding like never before. They recall their life’s journey. The show is currently airing on Zee tv at 3 pm IST.