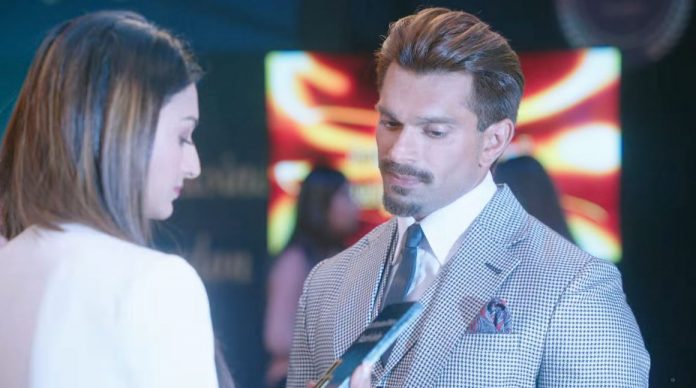 Kasautii Latest News Starplus Bajaj’s family revelation Prerna has been threatened by her enemies again and again. Even then, she has been a strong person to fight back and re-live after the attacks. Komolika and Viraj target Prerna and her child. Komolika doesn’t want Prerna to give birth to her child.

She tries to kill Prerna, since she dislikes her the most. She attempts by pushing Prerna down the cliff. Anurag saves Prerna in nick of the time. They recall the times when they have been protective about each other. Anurag wanted to be with Prerna always. He never missed a chance to take care of her, even during her pregnancy. Later, being blessed with a baby, they forget all their struggles, but fate doesn’t get kind on them.

Likewise, Prerna has saved Anurag from all the dangers on his life. She has done everything in her life to attain his love. Anurag and Prerna have a magical charm in their love, which works for them. Still, Basus don’t regard Prerna a worthy girl for him. Anurag has always saved her, be it from Navin or Komolika. Prerna too risked her life to save Anurag from Ronit and Mr. Bajaj. Mr. Bajaj was after Anurag’s life out of jealousy and turned negative when it came about Prerna’s support. Thankfully, his exit was turned across with a positive twist. His return is still a mystery. The past elements will be opening up.

Mr. Bajaj and Kuki’s family chapter, connected to Basus will also come to the core. Anurag’s big deceive to push Prerna down the bridge, his truth behind Komolika’s compulsion will also get revealed. There is a possibility about Mr. Bajaj’s extended family coming to the story. Maasi and Tanvi’s track has ended. There will be new members from his family, influencing Anurag and Prerna’s lives. Prerna loves Anurag immensely, but her love has changed into hatred after his bitter side getting known. Anurag takes Prerna’s huge test of love by smashing down her trust like never before.

He maintains the fact that he was with her only for the sake of money and has no emotions linked to him. Mr. Bajaj’s timely and heroic entry to rescue Prerna and shape her future wasn’t coincidental. Mr. Bajaj and Prerna’s romance will be seen ahead in the track, while poor Anurag battles Komolika. Anurag secretly supports Prerna in the business deal to make her win the game. He wants Prerna to strike him so that Komolika gets defeated. Prerna and Komolika’s battle backed by their husbands will be resuming shortly. Keep reading.

Reviewed Rating for this particular twist Kasautii Latest News Starplus Bajaj’s family revelation: 2/5
This rating is solely based on the opinion of the writer. You may post your take on the show in the comment section below.