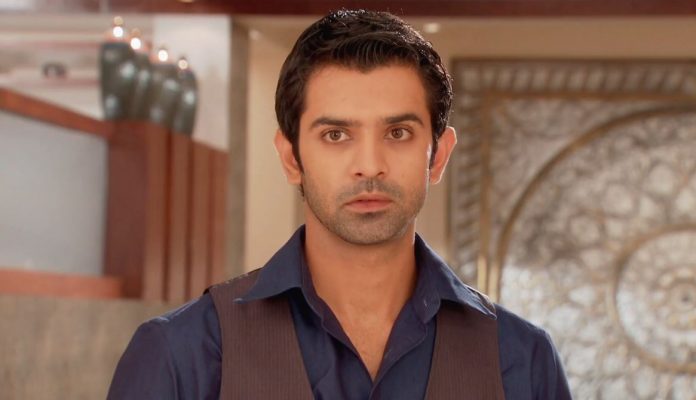 Star Plus IPKKND Season 4 wanted Chances of coming Arnav spends time gardening in the lawn. He thinks of Khushi’s harsh words and throws the flower pot. He doesn’t admit that he is getting affected by her. Anjali finds him angry. She tells that something is common between Khushi and him. She is happy to see him feel guilty. She tells that he has to rectify for his mistake.

He asks her what does she mean. She asks him to know his emotions. She asks if she is thinking of Khushi’s courage, or he wanted a chance to clarify. She tells that Khushi could have lost her life, so he wants to apologize to her. He tells that Khushi doesn’t matter to him. She asks him why does he react when she takes Khushi’s name. She doesn’t want to talk about it. She feels dizzy once again. Arnav takes care of her.

He wants her to break the fast. She tells that she is preparing for Teej. She asks him to go for his important meeting. He tells that he won’t attend office until she gets fine. Khushi tells that she should feel happy that she is free now, but she isn’t feeling so. She returns home. She tells Payal that she has scolded Arnav well, but she isn’t happy. Khushi gets happy with Shyam’s move. Shyam prepares a chaat stall at home to surprise Khushi. Shyam tells them that he has planned everything just to remind them the good memories of their city.

Shyam serves the chaat to Khushi, Payal and Bua ji. Shyam tells Khushi that he knows her choice well. Bua ji gets delighted to see them. Shyam gets a call from his friend. Payal asks Khushi if Arnav told anything. Khushi tells that Arnav didn’t tell anything. Shyam tells them that his friend is getting married. He tells that he can’t attend the wedding.

He feels love for Khushi. He wants to forget everything for her. Payal asks Khushi to talk to Shashi and Garima. Khushi stays happy. On the other hand, Arnav is lost in thoughts of Khushi. He gets to see Khushi’s pearls, belonging to her dress. He remembers her once again. She thinks of Arnav when she gets the key from her purse. She realizes that she has got his Mannat key at the Dargah.

Arnav and Khushi think about each other, their first meet and their fights. Payal asks Khushi about the key. Khushi tells that the key isn’t of her. Anjali asks Arnav to be part of the puja. Arnav tells that he will speak to her husband. She doesn’t want him to make a call. She tells that she wishes to keep a big Teej puja at the temple.

She wants her husband to come there. She asks him to make Lavanya fast for him, so that Nani changes her thinking about her. Arnav doesn’t think that Lavanya will fast for him. She wants to know if her husband is coming home. She stays much hopeful.

Payal wants to know why is Khushi so lost. Nani tells Anjali that she is worried for Arnav, she has to do something to stop Lavanya from entering the family. She doesn’t want the past to ruin Arnav’s present. Khushi tells Payal that she is thinking of Arnav, who didn’t reply to her after she scolded him so much.

She wants to meet him again and lecture him. She thinks she isn’t done with Arnav’s chapter. Payal prays that Arnav doesn’t cross her way again. She advises Khushi not to meet Arnav. Khushi speaks to her parents. She tells them that she has left the job. They ask her not to go to that office again. Payal tells them that Khushi is fine now. Khushi can’t get rid of Arnav’s thoughts. She thinks of the times when he has put her in trouble and the times when he has saved her life. She gets confused about him.

Reviewed Rating for this particular episode 34 Star Plus IPKKND Season 4 wanted Chances of coming: 5/5
This rating is solely based on the opinion of the writer. You may post your take on the show in the comment section below.