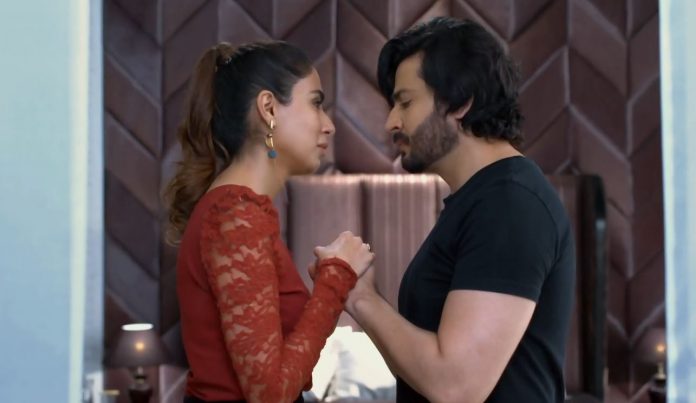 Kundali Bhagya Latest 24th July Mahira Karan’s marriage Sarla knows that Preeta is always caring for Luthras. Sarla tells Preeta that she is much worried for her. She asks Preeta why does she always hurt her feelings. Preeta apologizes to her. Mahira tells Sherlyn that she has done a lot to get married to Karan. She blames Sherlyn for spoiling her day. Sherlyn asks her to capture Karan’s mind so that he just thinks about her. Mahira tells that she will talk to Karan. Sherlyn promises that there won’t be any problem.

Kareena overhears them and asks about the problem. Preeta tells Sarla that she is right to worry for her, being her mother. She reminds Sarla their old days. She tells Sarla that Rishabh has always supported her, he was the only one who showed faith on her. She feels that he always protected her. She counts Rishabh’s favors. She feels he is her best friend, he is the best person in Luthra family. Sarla knows Rishabh has done a lot for her.

Sarla feels Preeta is really a good hearted girl. She tells that Preeta is getting hurt because of her goodness. She can sense Preeta’s heartbreak. She asks Preeta not to be so good, since it will just give her sorrow. Mahira tells Kareena that Preeta got Rishabh kidnapped to spoil the marriage function. She fears that Preeta may come and stop her marriage. Kareena assures that she will manage everything and limit Preeta from coming. Kareena hugs Mahira. Sarla loves Preeta a lot. Janki praises Preeta for explaining Sarla so well.

Shrishti tells that she has saved everyone, she called up Karan and got Luthras to help. Preeta scolds her for calling Karan. Shrishti tells that she called Sameer and Karan answered the call, he has heard her telling about the kidnapping. Preeta and Karan miss each other, but don’t accept. Mahira takes Sherlyn’s advice seriously. She asks Karan if he will marry her. Karan promises her. Mahira asks if he will keep his promise. He ends her tension.

He tells her that he will not back off this time. She apologizes to him. She wants him to not praise Preeta. She fills his ears against Preeta. He tells her that he will not disappoint her. She gets happy that he has given her word. Sameer comes to share the room with Karan. Preeta doesn’t want to remember Karan. Shrishti reminds her of Karan unknowingly. Preeta feels sad that he is going to marry Mahira. She swears that she will never see Karan’s face once he marries Mahira. Karan stays stressed.

Sameer asks him if he is dreaming about Preeta, since he was taking her name in sleep. Karan gets worried. Sameer tells that Karan was saying that he won’t leave Preeta. Karan asks him to shut up. Preeta stays busy to hide her sorrowful feelings. Shrishti realizes that Preeta is tensed thinking about Karan’s marriage.

Reviewed Rating for this particular episode Kundali Bhagya Latest 24th July Mahira Karan’s marriage: 4/5
This rating is solely based on the opinion of the writer. You may post your take on the show in the comment section below.