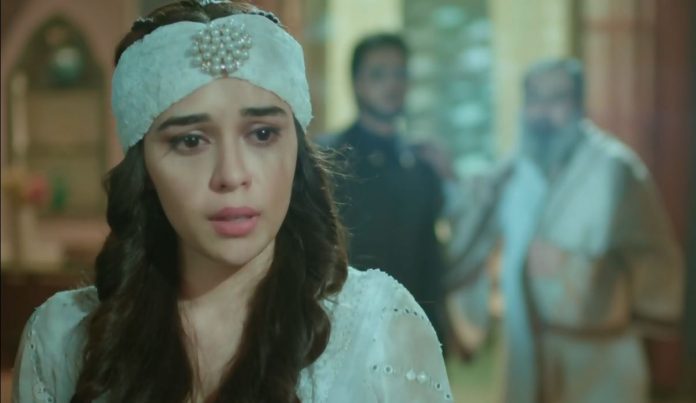 Ishq SubhanAllah New challenge for Zara 26th August Zara and Kabir have a long argument in front of the Shariah board. She asks him to mention the Aayat where music is called forbidden in their religion. Kabir tells her the three ways to know their holy book. He asks her not to question the book. He tells her that he can mention the lines and deny her blames. He tells that he isn’t doing anything forbidden.

He answers her about her doubts. He asks Qazi to tell him about wrong deeds. Zara defines it. Kabir tells him that he will tell her how the music is bad, it takes the people towards wrong things. He proves evidences to support him. He asks them to watch the cctv camera of the Shariah board library.

He reminds Zara about the times when they used to spend time in the library and gain knowledge about their religion. He tells them that the youth has come there to study, but he has left the window open to test the students. He makes a call and asks them to start the music player. The students get distracted by the music. They leave their studies and go to hear the song.

Kabir proves that music is wrong, since it can ruin a person’s mind, music can make them away from their religion, music is the evil that captures their senses. He tells that he isn’t doing anything forbidden, Zara is doing a forbidden thing by supporting music. Zara tells them that Kabir has explained the effect of music in a bad way, which she is already aware of. She tells them that she wanted to support musical healing.

She tells that music these days is really bad, but she wants to have musical healing to support people who are depressed in their lives. She tells that music can give life to someone. Kabir asks her not to engage him in words, even alcohol isn’t permitted in their religion. He asks her to tell him if music is stated permitted. She justifies that one is free to save lives. She tells that people are allowed to celebrated by playing music, when they get special occasions.

Reviewed Rating for this particular episode Ishq SubhanAllah New challenge for Zara 26th August: 4/5
This rating is solely based on the opinion of the writer. You may post your take on the show in the comment section below.