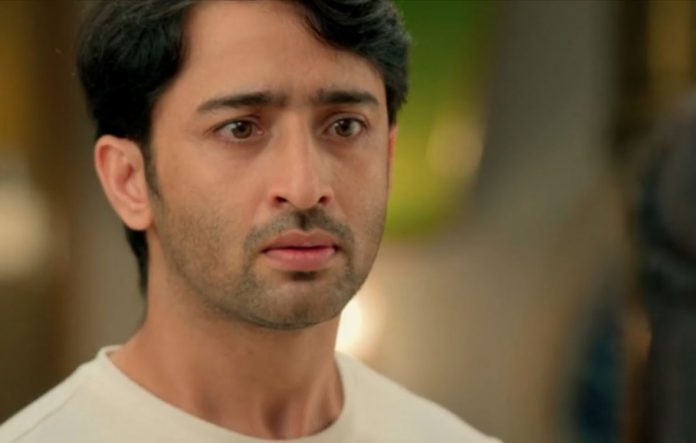 Rishte Pyaar Shocking proclaim Abir heartbroken 2nd Sept Meenakshi declares that she will be ousting Mishti from her house if she can’t give the family an heir. She wants her family heir. Vishwamber takes a strong stand for Mishti. He feels Mishti is right, she shouldn’t face injustice. She tells him that she has no problem with Mishti, but she is also helpless, she needs an heir to take her family legacy ahead.

He doesn’t want her to hurt Mishti or Kuhu. Rajshri breaks down. Varsha is worried and feels guilty that she was making Kuhu and Mishti compete. Vishwamber tells Rajshri that they should go and bring back Mishti before Meenakshi hurts her feelings and throws her out. They regard Mishti as their pride.

They want to protect Mishti. Meenakshi finds a girl for Abir. She promises the girl’s mum that she will keep the marriage after three months, once Abir and Mishti get divorced. Meanwhile, Mishti is unaware of the happenings. She takes Abir to his NGO to surprise him with her positivity. She tells him that she wants to work in the NGO and help the poor kids, who need shelter and support, those who are deprived of parents. Her noble wish gets accepted by Abir.

He feels proud of strong Mishti, who didn’t break down and is trying to help others. He tells her that he doesn’t want a baby as long as they are together, everything is fine for him. Abir and Mishti feel they can fight any problem. He tells her that Meenakshi is with them, after knowing the problem. They recall their old times and wish they could enjoy their lives on a road trip. Abir doesn’t think his family will agree to give their time. Mishti tells him that she would be happy to spread happiness in the family. He accepts her idea.

They go home and try to talk to Kuhu and Kunal to make the road trip possible. Kuhu and Kunal know the sorrowful times. They agree for Mishti’s sake. Mishti finds the family happy. She wants them to always be happy. Meenakshi makes an entry and keeps silence on hearing Mishti’s plans. Mishti thanks her for the support. Vishwamber and Rajshri come home, when Meenakshi fakes normalcy. They reveal Meenakshi’s shocking decision to oust Mishti.

Abir can’t believe this. He tells them that Meenakshi promised to support Mishti and find a solution for their problem. Vishwamber tells them that Meenakshi wants Abir’s child at any cost. Abir tells Meenakshi that a baby won’t be possible and he doesn’t care for it now. He feels he was wrong to decide for a baby. Meenakshi tells that she has sympathy with Mishti, but she can’t keep her home, she needs a family heir, which Mishti can never provide.

She doesn’t think Mishti can complete their family. She asks Abir to get remarried and become a father. Abir is shocked since he didn’t expect her to change so soon. Meenakshi gets rude towards Mishti. Abir and Vishwamber take a stand for Mishti. Meenakshi puts up a suicide drama to emotionally blackmail Mishti. She wants Mishti to understand her situation and leave from Abir’s life. Will Mishti leave Abir? Keep reading.

Reviewed Rating for this particular episode Rishte Pyaar Shocking proclaim Abir heartbroken 2nd Sept: 1/5
This rating is solely based on the opinion of the writer. You may post your take on the show in the comment section below.