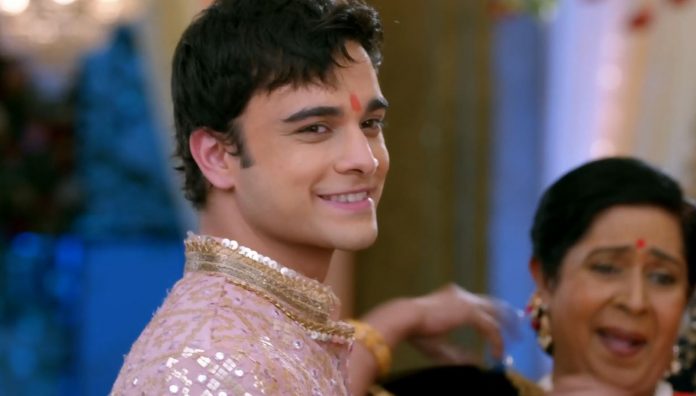 Kumkum Bhagya 23rd September 2020 Written Update Abhi and Aaliya reach the hospital to know about Rhea’s accident. Abhi learns that Rhea is recovering now, it was a minor accident. Aaliya doesn’t see Abhi and rushes to see Rhea. She gets emotional. She can’t lose Rhea. Abhi thanks the lady who got Rhea to the hospital. The lady apologizes that she is responsible for the accident. She tells that it was her not fault, Rhea came in front of the car.

Abhi doesn’t have any problem and asks the lady to leave. Meanwhile, Pragya deals with the problems at the wedding venue. She defends Prachi who has been helping Ranbir and Kohlis, since they are threatened by Dushyant. She tells that Dushyant was forcing Ranbir to marry Maya. Dushyant feels she is acting as a victim well. Pragya tells that Prachi isn’t wrong. Sarita tells that Dushyant has threatened their lives.

Dushyant asks them why didn’t they go to the police if he has really threatened her. He tells her that they didn’t take any step against him. Pallavi tells the police that Dushyant threatened them as well, they were scared and couldn’t reach the police. Maya blames Prachi for loving Ranbir’s money. Inspector also thinks that Prachi is the culprit, since Maya had been kidnapped. Pragya asks Maya to stop her nonsense.

The goon is happy that Madan is safe, the blame is coming on Prachi. Inspector asks Pragya to go for legal formalities, instead arguing with him. Dushyant tells them that Prachi doesn’t want Ranbir and Maya to marry, hence she has planned everything. Prachi tells them that Maya didn’t wish to marry Ranbir, and Rahul is the proof of her statement. She calls Rahul out in the open so that he tells the truth to everyone.

She asks him to tell the truth to everyone. Rahul denies the truth. Pragya yells at him for denying the truth. Aaliya tells Rhea that Madan made a blunder, since Prachi was also present at the venue. Rhea tells that its a big blunder, she would have lost Ranbir. Aaliya realizes that its her mistake and feels sorry. She informs that Maya has come back. Abhi learns about the danger threat on Rhea. The lady informs him that Rhea was being chased by some goons, she wasn’t focussed on the road.

Abhi gets worried. He rushes to meet Rhea. He finds Aaliya there. He expresses his love for his daughter. He asks Rhea who was following her. Rhea lies to him. He tells her that he is always with her, he will protect her. She lies to him. He doesn’t get convinced. He tells her that he worries for her life. Aaliya asks him not to scold Rhea, she is unwell. Abhi tells that he really cares for her.

Pragya scolds Rahul for cheating Ranbir and Prachi. She tells that Maya left him and agreed to marry Ranbir. Ranbir tells Pragya that Maya had confessed that she is marrying him for money, she decided to divorce him and go back to Rahul. Pragya tells Rahul that Maya will never divorce Ranbir, he is a gem at heart, Maya will always choose a good life with him. She tells that Maya’s family will never accept him after so much insult. Maya denies to know Rahul. Rahul gets upset by her denial. He tells her that he will tell everyone about their love story. He reveals that Chobey framed his dad in the scam.

He further adds that he had lost his sister because of Maya. Dushyant threatens to shoot Rahul. Maya gets worried. Abhi gets Rhea home and takes care of her. Aaliya is glad that he is away from the wedding. Rhea wants him to always pamper her. Abhi asks Rhea to direct her anger into something good. He knows that anger means love exists in their bond. He tells that he lets her do anything, its his love that he gets angry and scolds her, he wants to protect her, since she is his life. Rhea cries on hearing his emotional speech.

Pragya asks the police to stop Dushyant. Rahul tells Maya that he will tell everyone about their affair. Dushyant shoots him down to stop his nonsense. Maya gets worried for his life. She admits that she loves Rahul. She cries for him. Dushyant gets angered seeing her concern for Rahul. Rahul wants Maya to declare that she wants to marry him. Maya declares that she loves Rahul and can’t live without him. Ranbir asks Dushyant to see Maya’s innocent face.

He refuses to marry Maya, who doesn’t love him. Vikram wants the inspector to arrest Dushyant. Maya yells at everyone to defend her love. She reveals that her family forced her to marry Ranbir. She wants them arrested. Dushyant and Chobey get arrested. All gets well for Ranbir and Prachi. They unite with their families. Maya unites with her lover Rahul.

Reviewed Rating for this particular episode Kumkum Bhagya 23rd September 2020 Written Update: 4/5
This rating is solely based on the opinion of the writer. You may post your take on the show in the comment section below. 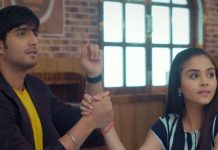 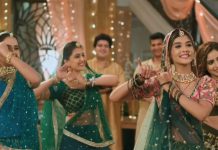