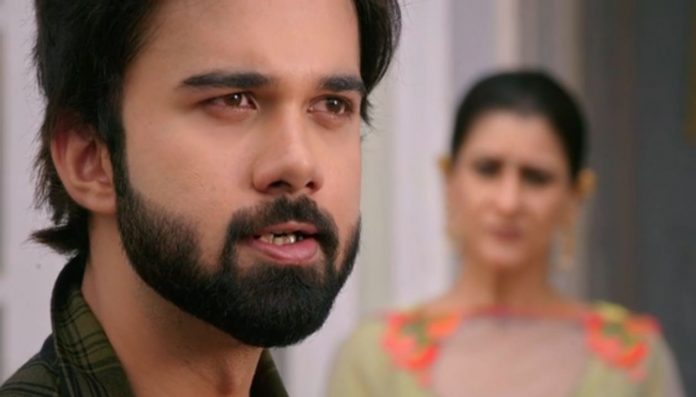 Shakti 23rd September Written Update Soham evil ploy Virat finds hard to forget Heer. He wants to marry her. His love gets unconditional like Harman’s love for Soumya. Both Virat and Heer miss each other. She is focussed on her exams. They both feel terrible and cry. Gurvinder tells Virat that he should have decided to marry Heer before. She knows he is feeling terrible. Soham tells the family that everything will happen as destined.

Rohan wants to keep him engaged, being afraid that he may harm Heer. Soham laughs on his tensed face. Heer visits the temple with Harak Singh to make prayers before going for her exam. Soham tells that the family doesn’t leave Heer alone, he can’t harm her even if he wants. Rohan wants him to love Heer as before. Heer gets worried when she finds Virat and Gurvinder at the temple. Gurvinder shows the marriage pictures.

Virat wants Heer to recall their love, their vows and their forever friendship. He apologizes for breaking her heart. Heer asks him to go back and marry Jharna if he ever loves her. She doesn’t want any injustice with Jharna. She tells that its the worst feeling when a bride waits for her groom and he doesn’t turn up. She doesn’t want Jharna to undergo the same heartbreak. She asks Virat to marry Jharna. Virat expresses his love again. He expects her to accept him.

Heer tells that she loves her family more than him. She bounds Virat by her promise. Virat requests her to please accept his proposal. He tells her that he will always keep her happy. She wants him to let the Goddess decide their fate. She tosses the coin and declares that she can’t marry Virat. Harak comes back to Heer to take her to the exam centre. Soham prepares to kill Heer and the family. He fixes a bomb under the car so that they die together.

Heer gets ready to leave for her exam. She takes wishes from the family. Soham tells Heer that he will make arrangements for the celebration so that when she returns home, she gets surprised. He fools Heer and wishes her luck. Rohan doesn’t want Heer to think much. Harak and Preeto want Heer to succeed and prosper in life.

Preeto suspects Soham on seeing his wicked smile. Heer leaves with her family. Soham tells Shanno that very soon they will receive the good news of the car blast. Shanno gets shocked to know his plan. Heer and her family travel in the car, which blasts. The police arrives the site. Soham waits for the call from the police. Inspector calls Harak Singh’s residence to enquire about the blast. Soham and Shanno get glad to know about the car blast. Soham confirms that his plan worked. He acts shocked and scared for his family. Shanno celebrates and laughs. She acts to cry and tells Raavi and Sindhu about the car blast. The family members get shocked to know it.

Reviewed Rating for this particular episode Shakti 23rd September Written Update Soham evil ploy: 3/5
This rating is solely based on the opinion of the writer. You may post your take on the show in the comment section below.