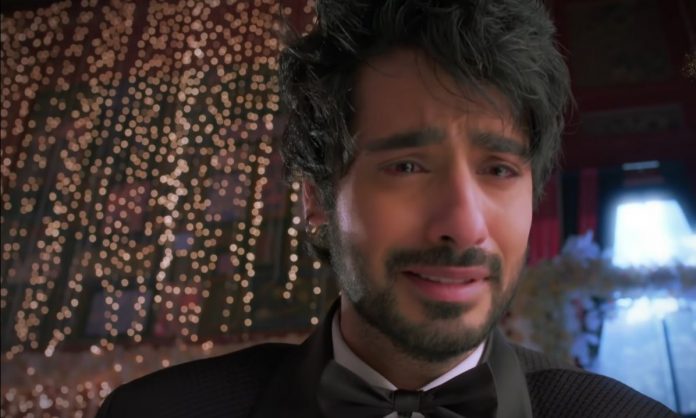 Yeh Hai Chahatein 22nd September 2020 Promo Update Prisha pulls a cute prank on Rudra and enjoys his silly reactions. She tells him that they have expressed love for each other and crossed boundaries while he was drunk. Rudra doesn’t remember anything and believes their intimacy last night. Prisha fools him and bursts into laughter. She finds him feeling too guilty. Rudra tells her that he can change the prank into reality if she gives him a chance.

He also pulls a prank on her by teasing her and seeing her scared reaction. Their bonding gets better with time. Saransh breaks their moment, when Rudra was about to tell her that he really loves her. Prisha tells Rudra about the confession he made about Balraj’s unfair means to set up their business. Rudra forgets everything. Meanwhile, Yuvraj reaches Rahul with the good news and faces his ire. Rahul finds him totally useless and fires him from the job.

Yuvraj shows the footage where Rudra is exposing Balraj’s unfair business model. Rahul is delighted that Rudra is himself bashing up his father’s business ethics. He wants to use the footage against Rudra to defame him and ruin his entire career. He is sure that Balraj too can’t help Rudra now. He gets Yuvraj on board once again. Yuvraj tells Rahul that he will be using the footage at the right time. Balraj is very happy with Rudra’s success. He waits for the award function when Rudra will be receiving the prestigious award.

He wants Rudra to reach new heights of success. Prisha too wishes the same for Rudra. Rahul and Yuvraj plan to reveal the footage in the awards function to ruin Rudra’s image completely. Rudra finds Ahana upset on him for his misbehavior. Ahana emotionally blackmails him stating that she has lost her value since Rajeev died. Rudra apologizes to her for his anger vent out. He feels he should behave nicely with her so that she doesn’t miss Rajeev. Ahana wins over Rudra again. She gets him under control and feels victorious.

She has already joined hands with Yuvraj to separate Prisha and Rudra. Rudra plans to confess his feelings to Prisha and fears of rejection. Rudra and Prisha attend the awards function with high hopes. Rahul and Yuvraj play Rudra’s shocking confession on the screen. Rudra and his entire family is shocked to know Rudra’s real feelings about his dad. Balraj gets furious, while Rudra feels Prisha back stabbed him and gave that sensitive confession to Rahul.

Ahana misleads Rudra by asking him to find out why Prisha has been meeting his rival Rahul. Prisha has no idea that Ahana, Yuvraj and Rahul have together trapped her. Rudra doubts Prisha and shouts out his hatred for her. Will this be the end of Rudra and Prisha’s beautiful Chahatein? Keep reading.

Reviewed Rating for this particular episode Yeh Hai Chahatein 22nd September 2020 Promo Update: 3/5
This rating is solely based on the opinion of the writer. You may post your take on the show in the comment section below.