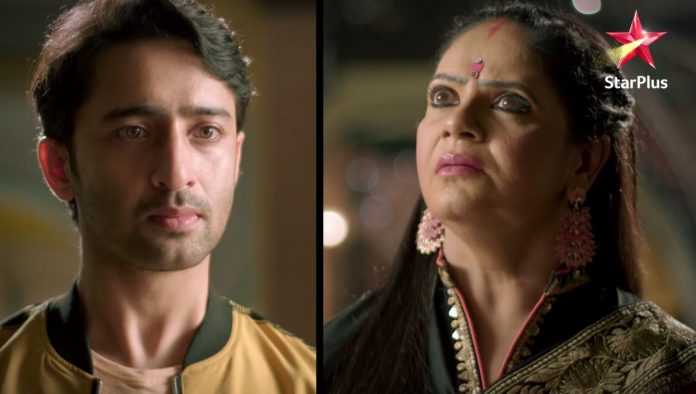 Rishte Pyaar Abir faces truth 1st October 2020 Review Update Abir confronts Kuhu about her big lie against Mishti. He tells Kunal that Kuhu had sent Mishti to get the icecream only to blame her. Mishti wants Kuhu to admit the truth that she had sent her out purposely. Kuhu doesn’t say anything. Abir calls her totally wrong. Kuhu doesn’t change at all. Kunal cares for her. He asks Abir and Mishti to stop blaming Kuhu if they care for their baby at least. He tells that he can see that they don’t care for Kuhu.

He tells Abir if that like Abir can’t tolerate anything against Mishti, same way even he can’t hear a word against Kuhu. He wants Abir to just end the matter and stop Mishti from looking after Kuhu. Abir gets upset that Kunal isn’t understanding him. Their bonding seems to get spoiled because of Kuhu’s numerous lies. Parul tells Mishti that Kuhu lied to everyone that she went to party with her friends.

Mishti tells that she has got icecream for Kuhu. Kunal tells that Kuhu hates butterscotch flavor. He asks Mishti not to care for Kuhu if she can’t do her duty right. He hurts Mishti’s sentiments. He feels Mishti can’t take care of her baby as well. He taunts her that she couldn’t become a mother since she isn’t responsible. Abir and Mishti get too hurt on hearing such unexpected things from Kunal.

Abir tells Kunal that Kuhu is cleanly lying. He feels Kunal used to get manipulated by Meenakshi before and now Kuhu. Kunal frees Mishti from the caring responsibility. He tells that Mishti will not meet Kuhu now. Mishti thinks Kunal snatched her right to meet her baby. She gets upset. Abir realizes that they have made a big mistake by listening to Kuhu and agreeing for surrogacy. He cheers up Mishti by sending her old pictures. He wants her to be the same angry Chorni like before. Mishti doesn’t want to lose.

She tells that its her right to be with her baby. She doesn’t want to lose her rights. Parul prays that Abir and Kunal don’t get distant. She wants Kunal to understand Abir. She explains Kunal that he can’t keep Mishti from her baby. Kunal tells that its necessary, like she had made him away for his betterment. She fails to convince him. He hires nurse for Kuhu. Abir asks him to give another chance to Mishti.

Kunal clears that he doesn’t trust Mishti. He tells that he has hired two nurses to look after Kuhu. Mishti wears Jugnu’s clothes and prepares a soup for Kuhu. Nidhi spots her and wonders what is Mishti doing. Kuhu likes the soup and thanks Parul for it. Nidhi tells her that Mishti has prepared the soup for her. This upsets Kuhu. Kuhu blames Mishti for troubling her. She asks Parul if she is also supporting Mishti. She leaves the soup and goes. Mishti stays away from Kuhu and gets sad.

Moreover, Abir decides to take Rajshri’s help to cheer up Mishti. Rajshri and Vishwamber surprise Mishti by showing a baby room. Mishti gets overjoyed seeing the baby items. Mishti hugs Abir happily. Later, Meenakshi warns Kuhu to mend her ways and take care of the baby. She threatens to cancel their deal. She asks Kuhu to change herself, since she is lucky to get this big responsibility. She can’t tolerate Kuhu hurting Abir’s sentiments by her immature and wicked doings. Abir overhears their conversation.

He is deeply hurt to know about Kuhu’s deal with Meenakshi. He can’t believe that Kuhu convinced them for the surrogacy just for the sake of property. He is sure that Kunal isn’t aware of this truth. Kuhu’s intentions get exposed in front of Abir. Abir decides to not spare her this time, since he had been tolerating her disgusting act all the time after she had put him in guilt. What will Abir do to teach Kuhu a lesson? Will Abir expose Kuhu’s truth in front of Kunal? What do you think Abir should do? Comment below and keep reading.

Reviewed Rating for this particular episode Rishte Pyaar Abir faces truth 1st Oct 2020 Review Update: 2/5
This rating is solely based on the opinion of the writer. You may post your take on the show in the comment section below. 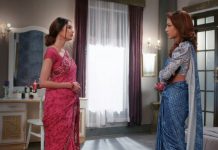 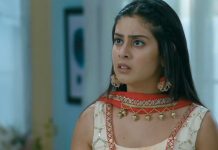 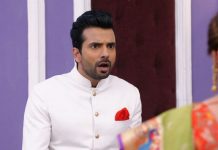