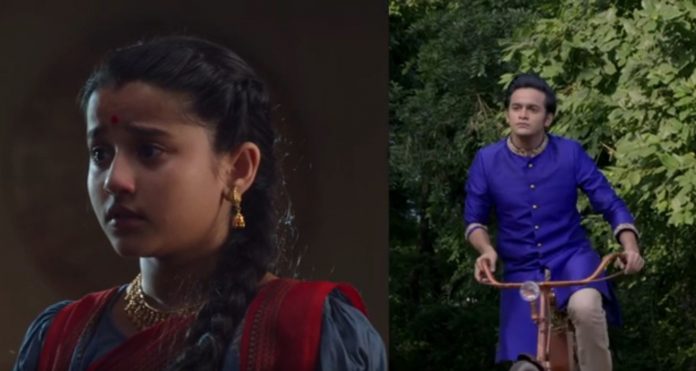 Barrister Babu 7th October 2020 Written Update Scary twist Binoy reprimands Rasila for ruining the family happiness. He feels that she has dared to ruin Anirudh’s engagement. He insults her and throws money at her. Anirudh feels bad seeing a woman’s insult. He takes a stand for his guest. Rasila watches Anirudh’s stand for her. Anirudh blames the rich men who pay such helpless women and insult them. He doesn’t want his dad to disrespect any woman.

He tells that every woman has a right to get respect. He supports the women belonging to the brothels. Binoy never thought that Anirudh will fight with him for a dancer. Trilochan too wants to end the matter. Anirudh can’t tolerate such sight. He wants his dad to apologize to Rasila. He gets stubborn that he won’t get engaged to Saudamini until his demand is met. He calls off the engagement when Binoy refuses. Rasila taunts Binoy for doing a better drama than her. She asks Anirudh if he just claims big things, or believes it as well.

She is impressed to hear him taking her side, but she wants to know if Anirudh really values relations. She makes him realize his mistake of staining Bondita’s life by abandoning her. She confronts Anirudh for not taking a stand for his wife. She feels he doesn’t need to fight for her. She reminds him about his wife.

She asks him to learn to keep his promises. Anirudh recalls making a promise to Bondita. He feels bad. Rasila tells him about Bondita’s troubles and humiliation. She wants him to at least think of Bondita’s age, if she can survive and protect herself without him. She reminds him the duties of a husband, if its his duty to abandon his wife and then get married to someone else. Anirudh gets moved when Rasila shows him the mirror.

Binoy objects her presence in the house. He commands her to leave from his house. Rasila is done with her work for which she had come to perform in Anirudh’s house. She tells him that he should rush to save Bondita. Anirudh realizes that he is doing wrong to abandon Bondita after promising to never leave her, to become her shadow all life. He apologizes to Saudamini. Saudamini and Binoy’s huge plan fails due to Rasila.

Anirudh heads to meet Bondita without thinking of Bondita’s mistake. Soon, Sampoorna clears his misunderstanding about Bondita. Anirudh gets to know Bondita’s innocence. Sampoorna makes him more aware of the troubles caused by the villagers, which makes him worried. Anirudh leaves for the village after breaking all the mental barriers stopping him till now. He decides to bring his wife back to his house with all the respect she deserves.

Bondita becomes a victim of her aunt’s wicked plan when her aunt sells her to a brothel owner. Bondita gets tricked by the evil people. She isn’t aware of their intentions. She wants them to help Sumati. The man lies to Bondita about Gandhi ji. He asks her to come along and meet Gandhi ji. Bondita wants to tell Sumati that she is going to meet Gandhi ji. Mami asks Bondita not to wake up Sumati, else she will not let her go to meet Gandhi ji. She wants Bondita to leave soon. Anirudh is on the way when Bondita is taken away. Will Anirudh find her and stop her in time? Keep reading.

Reviewed Rating for this particular episode Barrister Babu 7th October 2020 Written Update Scary twist: 4/5
This rating is solely based on the opinion of the writer. You may post your take on the show in the comment section below.