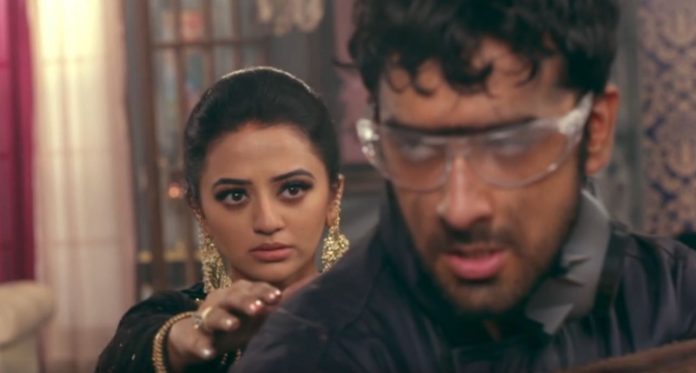 Ishq Mein Marjawan 9th October 2020 Written Update Kabir is caught red-handed Riddhima tells Kabir that she believes Vansh more than anyone else. He fills her mind against Vansh. He is scared that she is going in the different direction. He asks her to believe him, since his research on Vansh is of many years. He doesn’t want his hard work to go in vain.

Riddhima tells him about Anupriya’s devilish truth. She wants to become Vansh’s protector, when Kabir had sent her to assassinate Vansh’s future.He repeats himself to remind her the goals of their mission. She doesn’t get convinced that Vansh is a wrong person. She hides the fact from Kabir that she started liking Vansh. Riddhima and Kabir’s conversation leads to a big twist. Riddhima also earns a new enemy in Aryan. She doesn’t care for Aryan’s threatening. Riddhima just wants to focus on Anupriya and her son. Kabir fears that his mother will be caught up badly if Riddhima produces the truth of Anupriya’s another child to the family.

He commands Riddhima to just focus on Ragini’s murder. Riddhima tells him that she is very sure that Anupriya and her son are involved in every scam named after Vansh. She tells that they may reach the real culprit once she finds the truth of Anupriya’s past. She reveals her entire plan to Kabir. Kabir is shell shocked to know about Riddhima’s over smartness. He takes a decision in rage. He decides to collect proof against Vansh.

Kabir takes extra precautions in his disguised look to go ahead and take the box before Riddhima. Riddhima’s efforts fail again. Kabir takes an entry as a fireman. Riddhima realizes that its Anupriya’s son who had come to take the box. She stops him and asks his identity. Kabir doesn’t answer her and makes an escape. Riddhima puts her best efforts to stop him from fleeing. She makes him stumble by the ropes and catches her.

Later on, Kabir manages to get the box by tricking her. He hugs the box, which is too special for him with Anupriya and his special memories. Riddhima stops him to get the box back. Riddhima goes close to see his face. Will Kabir get caught?

Ahead in the show, the promo twist will begin in the coming week’s track. Riddhima realizes her love for Vansh. She wants to make a full-fledged love confession to Vansh. She is ready to move on with Vansh. Kabir plays his cruel move to expose his pawn Riddhima in front of Vansh. Kabir sends the evidences to Vansh to make Riddhima fall in Vansh’s sight. Vansh learns Riddhima’s real identity and her motives to enter his life.

Vansh realizes that she cheated him, their marriage was also a part of her plan. Vansh meets Riddhima, who goes on her knees to propose him. Vansh refuses to her proposal in his scary tone. He shouts that he has got to know her truth. He tells Riddhima that he can forgive anything, but not a deceive. He rejects Riddhima and her love. He wants to throw her out of his life. Riddhima faces a big rejection and screams in pain. She loses her love Vansh. What will happen next? Keep reading to get news bytes and upcoming promo twists along with the updates on your favorite show.

Reviewed Rating for this particular episode Ishq Mein Marjawan 9th October 2020 Written Update Kabir caught: 4/5
This rating is solely based on the opinion of the writer. You may post your take on the show in the comment section below. 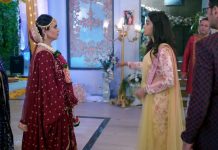 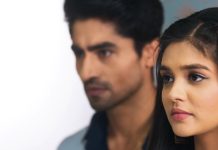 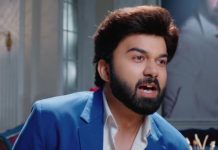