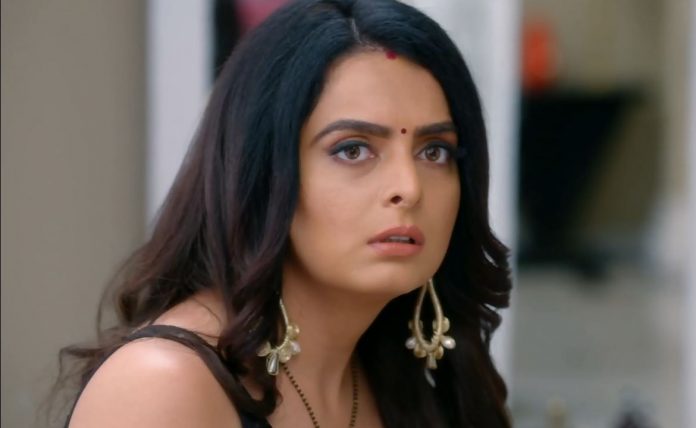 Kundali Bhagya 17th November 2020 Written Update Sherlyn breaks pregnancy news Karan confronts Preeta for her jealousy. She tells him that she isn’t lying, his coach had called for him. He asks her why she always tells that she doesn’t care for him. She tells that she never said that she doesn’t like him. He asks her if she likes him. She asks him not to fight more and just let her sleep. They get into their usual cute fights.

He tells that everything that’s inside the room belongs to him. She tells him that she isn’t any thing, and he doesn’t regard her as his wife. He tells that she is his wife. They fall on the bed and don’t care about it. They continue their fights. They want each other to say sorry. Karan cheats her and makes her say sorry. She beats him with the pillow for cheating her. He asks her not to beat him before Karwachauth. They express their care for each other.

She is happy that Karan is changing towards her. On the other hand, Shrishti tells Sameer that she didn’t feel upset about the drama, Sarla had done the right thing to scold Ramona. He also likes Sarla’s courage. He asks her to inform Sarla that everything is going fine. He wants to take care of Preeta. She feels love for him on hearing his sensible talk.

He tells her that he loves her. Kareena hinders their talk. Sameer and Shrishti’s love story gets the villain again. Kareena orders Sameer to cancel Rishabh’s meetings. She doesn’t want him to talk to Shrishti. She had made it clear already. Shrishti realizes that Sameer was going to propose her. She is overjoyed with the thought. Sameer lies to Kareena. She asks him to just go away if he can’t change himself. Sameer worries. He hides the phone from Kareena.

Preeta wakes up by the alarm. She wants Karan to sleep well. She wants to have a strong bond with Karan and his family. She prays for a good life. Karan wakes up and finds her staring at him. He asks her not to take advantage of his sleepy state. He promises to not fight her. She asks him not to anger him. He tells her that he is being nice to her on Bani’s word. Rishabh is surprised that Sherlyn wants to keep the fast for him. Sherlyn argues with him that he didn’t wake her up for the Sargi rasam. She asks if he wants everyone to dislike her.

He tells her that he wanted her to sleep, since she didn’t want disturbance. She tells him that she isn’t keeping the fast for him. She decides to tell him the reason for not keeping the fast. She wants to take care of her baby. She can’t tell him about her pregnancy. Karan sits munching some dry fruits. He doesn’t know how women stay hungry. He tells that he can’t keep a fast. Kareena gives the Sargi to Kritika, which is sent by her would be mother-in-law.

Karan feels important that his wife is keeping a fast for him. He is glad to see Preeta. Bani gives the Sargi to Preeta. Rishabh and Sameer bet that Karan’s heart for Preeta will melt. Sameer tells that Preeta kept the fast for Karan, she will win her heart. Mahira joins them for the Sargi rasam. Rishabh isn’t happy seeing Sherlyn’s behavior. Mahira starts spoiling Preeta’s mood. Sherlyn tells the family that she has come for Sargi rasam, but she can’t keep the fast. She shocks the family with her pregnancy news. She tells the family that she is pregnant. While everyone is happy with the good news, Rishabh is in shock.

Reviewed Rating for this particular episode Kundali Bhagya 17th November 2020 Written Update Sherlyn breaks pregnancy news: 4/5
This rating is solely based on the opinion of the writer. You may post your own take on the show in the comment section below.