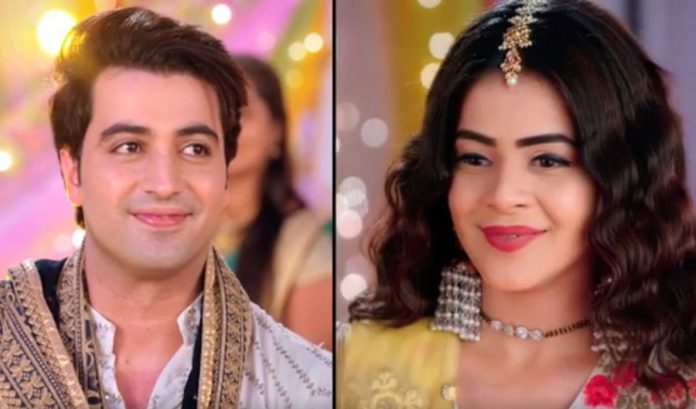 Shakti 2nd December 2020 Written Update Rohan Simran to marry Rohan tells Heer that he will marry Simran. He goes against Preeto and gets slapped by her. He tells her that not even his life matters to him more than Heer’s happiness. He loves Heer a lot. He tells Preeto that he is sorry that he is deciding it for Heer’s happiness. He doesn’t want to break his promise to Heer. Heer gets emotional and hugs him. Virat feels proud seeing their bond. He also grows emotional. Heer is thankful to Rohan.

Rohan asks her to go and make preparations in her family. Virat is thankful to Rohan and Heer. He tells that he will speak to his family. He invites Preeto, Harak and family to Simran and Rohan’s marriage. Rohan is glad to see a smile on his sister’s face. Preeto asks Rohan why did he ruin his future for Heer’s happiness. She wants him to marry Simran after ending terms with her family. She tells him that she will not accept Simran. He tells her that Simran should be in their house as security so that Virat’s family doesn’t hurt Heer.

He is paying a price to keep Heer safe in Virat’s family. He asks Preeto not to worry for him. Harak asks Rohan if he will be happy to marry Simran. He asks Rohan if he has no dreams of his own. Rohan admits that he didn’t think of anything such, but he thinks of Heer’s smiling face. He tells that Virat has accepted Heer knowing she is a kinner, she will never become a mother, she has accepted Simran’s baby.

He wants to have a family where he can protect Heer’s future. He asks Preeto and Harak to just bless him so that he doesn’t lose his strength. Preeto blesses him. She is happy that he is proved his love for the family. Harak also blesses Rohan to achieve all the happiness in his life. Meanwhile, Tejinder feels its impossible that Simran finds a groom in a day. Parmeet gets to hear the taunts. She wonders who will marry Simran.

Heer returns home and tells them that Simran will be getting married to Rohan. Virat tells the family that its a good news that Rohan agreed to marry Simran after knowing about her pregnancy. He asks the family to prepare to get Simran married. The family gets emotional and thankful to Heer.

Parmeet feels indebted to Heer. She tells that she has tortured Heer a lot, even then Heer has helped them in protecting their dignity. She is grateful that Heer has saved Simran’s life. She blesses Heer also gets a child soon. Preeto recalls Rohan’s words. She tells that if Simran comes home as Rohan’s wife, then Virat’s family will be in her hands. Tejinder wants to find out the truth from Shanno. Parmeet answers Tejinder that Simran’s baby will get a name. She doesn’t think Tejinder is happy.

She wants Heer and Gurvinder to plan all the functions from night time itself. Simran feels lucky that she has got her family’s support. Simran tells that she still loves Arjun. She doesn’t know if she can accept Rohan or not. Heer hears her confession. She thinks if she took a wrong decision to convince Rohan. She goes to meet Rohan. She tells that he has agreed to marry for her sake, but she got selfish. She tells him that Simran may not be loving him.

Rohan tells her that everyone doesn’t have love marriage, Simran and his marriage will be an arranged one. He believes that love will happen in his marriage. He cheers up Heer. The family prepares for Simran’s Sangeet. Virat’s family welcomes Rohan’s family. Heer gets happy to welcome her family in her Sasural. Rohan wants Heer’s truth to never come out.

Reviewed Rating for this particular episode Shakti 2nd December 2020 Written Update Rohan protects Heer: 3/5 This rating is solely based on the opinion of the writer. You may post your own take on the show in the comment section below.