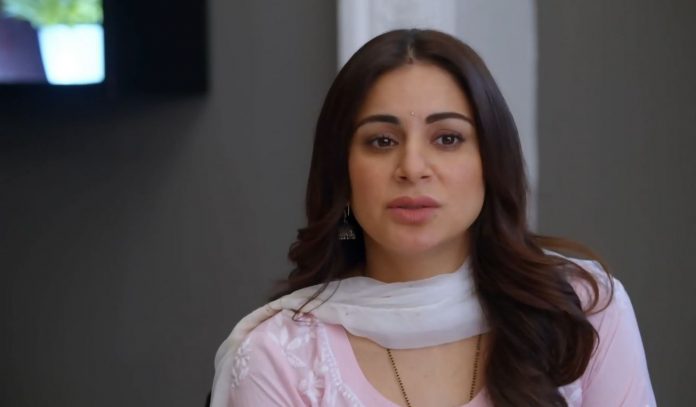 Kundali Bhagya 4th January 2021 Written Update New wedding track Kareena tells Preeta that she had called her to know about her return. Rakhi blesses Karan and Preeta. She is glad to see them back. She asks about their shortened trip. She had missed them a lot. Preeta tells that they have come back soon for the sake of family. She wants Kritika to give the good news. She tells that Akshay had come back from Dubai, he wants to marry Kritika soon. Kareena is so happy for her daughter.

Sherlyn tells her that Rishabh is just concerned for the baby, while her baby’s real father isn’t bothered. Mahira feels she had chosen the wrong way to win Karan. She regrets her move. She tells that she doesn’t want the family to behave sweetly with Preeta. She reveals that even Kareena has changed her side. Sherlyn tells that Kareena is just pretending so that she doesn’t get exposed to the family.

She tells how Kareena is staying in the family’s good books. She tells that they will plan something against Preeta after a while, when everyone’s doubts calm down. Mahira agrees. Preeta makes a to do list to make Kritika’s wedding a unique and special experience for everyone. She tells him that the marriage functions will be fabulous. Karan feels that she has gone mad. He teases her. He feels proud of her. He tells her that he will tell the family about Mahira.

She stops him from telling anyone, since Mahira will be embarrassed and family will be upset. She doesn’t want the family to lose their happiness. She tells that the family is excited for Kritika’s marriage. She tells him that he matters the most to her, its enough that he knows the truth. Akshay calls up Kritika and confesses love. He wants to marry her at the earliest. He tells her that he is feeling guilty that he misbehaved with her before.

He feels sorry. She loves him and wants him to forget the past. He tells that he will fill her life with happiness. She trusts him. Akshay and his mother visit the Luthra family to talk about the marriage date. Rakhi tells them that Mahira is their guest, she has come to stay with them for few days. Mahira tolerates everything. Sherlyn’s pregnancy news surprises Akshay’s mother. Preeta does a Bahu’s duty. Sherlyn is jealous of Preeta. Akshay wants to marry Kritika in a week time. Luthras accept the early date.

Rakhi tells that Preeta has taken the responsibility of the marriage functions. She wants to fulfill the old rituals. Akshay tells that they can plan any function in the week long marriage programme. He is thankful to Luthras for choosing him for Kritika’s sake. He feels lucky to get Kritika as a life partner. Shrishti tells Sarla that Preeta has to win Bani and Kareena’s heart. Sarla tells that Preeta is the best, she has won Luthra family’s trust by her sincerity and love. What twists will come on Akshay and Kritika’s marriage? What do you think of the new track beginning? Keep reading.

Reviewed Rating for this particular episode Kundali Bhagya 4th January 2021 Written Update New wedding track:4/5 This rating is solely based on the opinion of the writer. You may post your own take on the show in the comment section below.