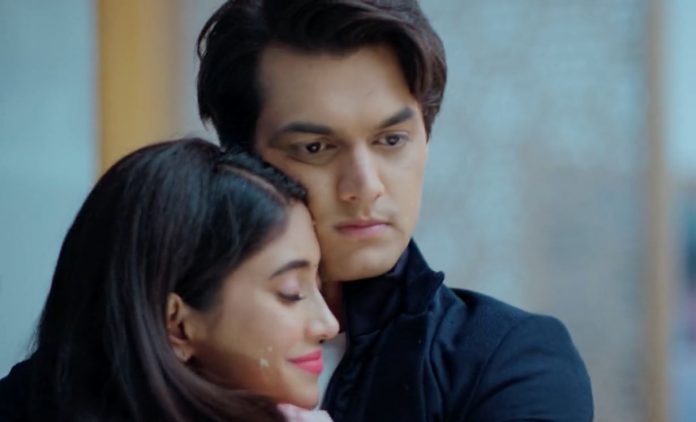 StarPlus Kartik Naira death scene Yeh Rishta most awaited Kartik and Naira promise Kairav that they will take him home and complete his family painting. Kairav makes Naira’s painting, but doesn’t fill the colours. Kairav tells that he wants to make Naira’s painting to keep it with him always when she is away. Kartik tells that Naira will always be with them. Kairav takes their promise, but misses to get Naira’s promise.

Naira tells them that they should go home before the weather gets stormy. The storm gets at its peak. The family rushes to the bus to leave for home. Naksh realizes that Gayu is feeling guilty for her past mistakes. Naksh tells her that Naira will forgive her, since she has a big heart. He is certain that Naira and Gayu will forget their differences. He tells Gayu that Naira had been suffering a lot since she went to Mumbai with Kartik and children.

He reveals that Kairav was in depression and hated Naira for doubting him, but it was Naira who patiently handled him. Gayu realizes that she is the reason for Naira and Kairav’s suffering. She feels really sorry. She cries out that she wants to apologize to Naira. Naksh wants to see his sisters’ union. He asks Gayu to not miss the chance and apologize soon before its too late. Gayu finds Naira boarding the bus. She wants to talk to her in private.

Kartik and Naira find baby crying a lot. Kairav wants to console the baby. Kairav tells that his Mauli thread is missing. Naira doesn’t let Kartik give away his Mauli. She makes sure that Kartik and Kairav stay fine. She gives away her protection thread to them. She senses that something bad is going to happen. The bus reaches the edge of the cliff because of the storm. The family gets jitters sensing that they were close to death. They don’t wish anything worse to happen. They want to reach the house safely.

Later, Kartik and Naira find Kairav slipping into fear. They try to relieve him from the growing fear. Naira doesn’t want her children or the family to get scared. Naira tells them that they will be going home in some time and then things will be fine. The family boards the bus once again, while the elders pray that everything stays fine. A deadly accident occurs once again, when the bus reaches the cliff end again and hangs on the edge, putting the lives of all the family members in grave danger. Kartik and Naira get on the front side and fall in danger, while the rest of the family are at a safe side.

Naira tells them that she will not let anything happen to the family. Kartik and Naira secure Kairav first. Naira senses the bad omens that were surrounding Kartik till now. She decides to sacrifice her life for him. She pushes Kartik away when either of them can survive the accident. What will happen when Naira leaves the family and parts ways with Kartik? Do you think the same twist of Naira’s assumed death is repeated this time? Do you find the show going interesting? Comment below and keep reading.