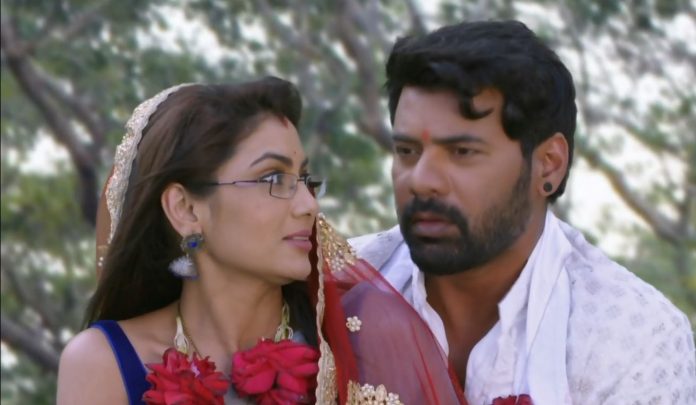 Baljeet and Sarita are still on the way. Sarita drops Baljeet at Mehra house. Baljeet asks Sarita to come home, so that they can welcome Abhi and Pragya home. Sarita agrees to meet them and bless. Ranbir is thankful to Jai and Palak for all the help. He tells that its his fate that he couldn’t marry Prachi, but it happened for the good. He tells that he will have a grand marriage with Prachi’s consent. Aryan likes his high spirits.

Pragya misses Sarita. She tells that it was Sarita’s wish that they get married. Abhi tells her that Baljeet and Sarita are their well wishers. Abhi misses the good times with Pragya and family. He wishes to meet his daughters and share the good news with them. He wants Pragya to give love equally to both their daughters. Prachi and Rhea are much determined to save their parents. Palak tells that Ranbir was ready to marry before. Aryan tells that Ranbir wanted to marry, but changed his mind suddenly.

Ranbir tells them that he couldn’t marry Prachi against her wish, its good that she left. He asks his friends not to taunt or hurt him. Prachi reaches home to look for Pragya. She is afraid that Rhea can be saying the truth. She doesn’t want any threat on her mother. She tells that she will ask Sarita about Pragya. She calls up Sarita. Rhea is also panicking for Abhi. Aaliya informs her that Meera has left the house. She lies to Rhea that Meera has back-bitten about her. She tells that she couldn’t hear anything against her. She tells the reason she had made Meera leave. Rhea tells that she doesn’t want back luck for Abhi. She argues with Aaliya.

Tai ji informs them that Rhea is worried for Abhi, who is in danger. Rhea asks Vikram about the threat. She asks him who has given her the lead. Vikram tells that he never called Abhi or Ranbir, Abhi isn’t in danger. Rhea’s worry come to an end knowing that Abhi is fine. Sarita and Baljeet arrive home to tell them that Abhi is with Pragya, they are happy today. Baljeet wants to perform Pragya’s Grahpravesh. Rhea is clueless that Abhi isn’t answering. She wants to know why did Meera leave the house. Aaliya asks her not to talk about Meera. Rhea wants to know about Meera. She asks Aaliya to answer. Aaliya doesn’t want Rhea to misbehave with her. Abhi and Pragya get hungry and get to have the food together with love.

Reviewed Rating for Kumkum Bhagya 2nd February 2021 Written Update New twists: 3/5 This rating is solely based on the opinion of the writer. You may post your own take on the show in the comment section below.