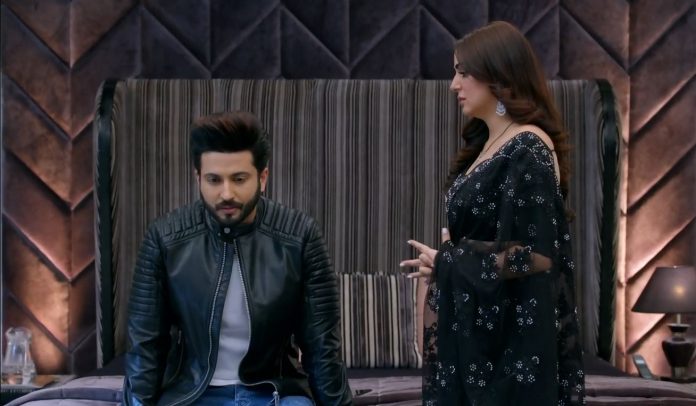 Kundali Bhagya 2nd February 2021 Written Update Karan exits Karan and Preeta find Kritika very happy. Kritika tells that Akshay’s photos collage idea was the best surprise. Preeta is helpless that she can’t tell anything. Kareena is thankful to Preeta for the surprise. She asks Preeta to not doubt Akshay again. Kritika asks Kareena to forgive Preeta and forget the past. Kareena tells that Sherlyn and Mahira will be seeing the responsibility of the marriage. Kritika tells Preeta that she loves her a lot. Preeta can’t believe that the photos got changed. She tries to find out how did she lose the right evidence.

Akshay lies to his family about the urgent business meeting. He asks his parents to go home. He meets Babu and pays him for the work. He gets the evidences back from him. Akshay meets Megha. Sarla is upset with Shrishti, but appears happy. She tells Shrishti that she loves her a lot. She showers love on Shrishti. Her strange behavior surprises Shrishti. Shrishti asks Janki about Sarla’s positive side. She gets a shocker when she sees the windows permanently locked.

She asks Sarla why did she lock the windows. Sarla tells that its her house, she will limit her from running away every time. She doesn’t want Shrishti to repeat her mistakes. Shrishti feels that she is losing the freedom. She cries out to convince Sarla to unlock the windows. Karan tells Preeta that he has to attend a business meeting instead Rishabh. He wants Preeta to handle the rituals for Kritika on his behalf. He counts on Preeta.

He asks her to manage everything well. Preeta doesn’t want the marriage to happen, knowing Akshay isn’t a right person. Karan tells Preeta that he will talk to Kareena and ask her to give marriage responsibilities to Preeta. He wants Preeta to do her best. He trusts her. He tells that he will attend the meeting and come back soon. Preeta tells Karan that she likes him. Karan makes a leave. Akshay is cheating Ruchika as well. He is with Megha. He flirts with Ruchika. He lies to her that he is busy in work. Ruchika is convinced that he loves her. Akshay romances Megha. He wants to teach a lesson to Megha. He decides to shock Preeta.

He calls up Preeta and asks her to meet in person. Preeta doesn’t want to meet him. He tells her that he will wait for her. He asks Megha to go home. Akshay knows that Shrishti isn’t interested in him. He wants to punish both the Arora sisters. Sameer calls up Shrishti to know if everything is fine. She tells him that she has seen Sarla, who is a jailer mother. She tells that Sarla didn’t scold her, she has been polite and then shocked her. She tells that Sarla locked the windows. Sameer tells that he has a solution for it. He doesn’t want her to take tension.

Shrishti tells Sameer that she makes mistakes being the youngest one. Sameer and Shrishti’s conversation breaks. Preeta meets Akshay on his insistence. He tells her that he thinks a lot about her. Kritika meets Akshay and asks him to come home. She tells that Akshay has come to have mango shake. She asks Akshay to wait for her. Preeta tells him that he tries to act innocent, he is a disgusting man. He tells that she also appears sweet in front of the family, and tries hard to prove him wrong.

Reviewed Rating for Kundali Bhagya 2nd February 2021 Written Update Karan exits: 3/5 This rating is solely based on the opinion of the writer. You may post your own take on the show in the comment section below.