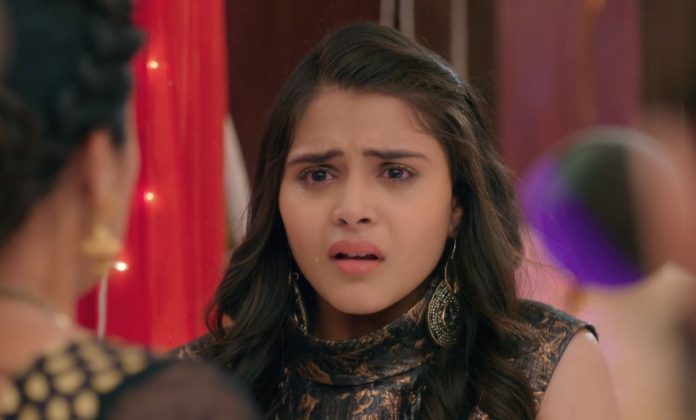 Anupama Pakhi is accused 24th February 2021 Written Update Kavya changes her word in front of Rakhi. She tells that she wants peace with Vanraj, she can get his family into her life to respect his important relations. She wants her self-esteem. She tells that Vanraj can’t leave his family for her sake. She doesn’t want to make any mistake. Rakhi knows that Kavya is still acting. She is very much sure that Kavya is evil in her heart. Vanraj celebrates his birthday with the family. Rakhi asks him for a dance surprisingly. Vanraj dances with Rakhi.

Rakhi appears happy for his birthday. Vanraj feels his birthday has really become special. Pakhi doesn’t find Vanraj happy when Kavya dances with him. She realizes that he was more happy when he was with Anupama. Pakhi decides to show Kavya her place. She wants her parents to stay together and happy. Pakhi and Leela ask Anupama to show her dancing skills as well. Vanraj worries for his new friend Anupama’s feelings, seeing Kavya dancing with him. Rakhi enjoys the drama. Anupama doesn’t want to dance. She wants the family to be happy.

She agrees to dance on their request. Anupama performs for the family. Rakhi tells Kavya that Vanraj is smiling along with the family on seeing Anupama dancing. She tries to ignite the fire in Kavya’s heart. Pakhi brings Vanraj to Anupama on the dance floor. She wants them to at least enjoy a moment together. Kavya tries to get between Vanraj and Anupama. Anupama gets away giving her place to Kavya. Kavya makes sure that she doesn’t let Vanraj go away from her. Pakhi gets upset. Kavya goes to talk to her. Pakhi tells that Vanraj is happy with the family.

She asks Kavya to leave. Kavya tells that she can’t understand anything as of now. She asks Pakhi not to accuse her. Pakhi accuses her for breaking the family. Kavya tells him that Vanraj loves her. Pakhi promises to take him back to the family. Kavya asks Pakhi not to mess with her. She tells that she will make Vanraj away from his children. She challenges Pakhi that she can do anything. Pakhi angrily throws the coke on her face. Kavya acts sweet in front of the family. She accuses Pakhi for insulting her.

She tells that she will be leaving. Pakhi asks Kavya to stop pretending good. Vanraj and Anupama stop Kavya from leaving, while Rakhi and Leela want Kavya to leave at the earliest. Anupama makes Pakhi apologize. Kavya tells that Pakhi is lying about their conversation. Pakhi tells that Kavya is lying. She tells that she has done a mistake to believe Kavya. Kavya asks Pakhi to tell the family about her mistake. She tells them that Pakhi is arrogant, irresponsible and ill-mannered.

She asks Anupama to control her daughter. She tells that Anupama has allowed her to become a part of the function. She tells that she has ignored Pakhi’s misbehavior. She complains about Pakhi in front of the family. Kavya tells that she always tolerates Pakhi’s tantrums. Anupama feels bad that Pakhi needs to be tolerated at Kavya’s place. She doesn’t want Pakhi to go back with Vanraj, when Kavya blames Pakhi for troubling them. Anupama asks Vanraj isn’t Pakhi happy there.

Kavya constantly blames Anupama. Pakhi asks her not to blame Anupama. She tells that she doesn’t like being there. Kavya accuses Pakhi for her lies. Pakhi spills out the entire truth why she left Kavya’s house. She tells that Kavya makes Vanraj do the kitchen work as well. Vanraj asks Pakhi to stop it. Kavya tells that its not a big thing to make food for own self. Pakhi adds that Kavya’s maid makes the food, Kavya always insults Vanraj for being jobless and irritates her by the taunts. She is angered that Kavya is the reason for her parents’ separation.

She expresses that she hates Kavya. Vanraj calls it enough for the day. He defends Kavya and counts Pakhi’s mistake for spoiling the entire family. He is tired of handling Pakhi. He tells that Pakhi is stubborn just like Anupama. The day gets ruined by Kavya’s accusations. Anupama gets speechless. She gives some advice to explain Pakhi that she has to deal with Vanraj’s new relationship patiently. Will Anupama ever learn Kavya’s evil motives? Keep reading.

Reviewed Rating for Anupama Pakhi is accused 24th February 2021 Written Update: 4/5 This rating is solely based on the opinion of the writer. You may post your own take on the show in the comment section below.