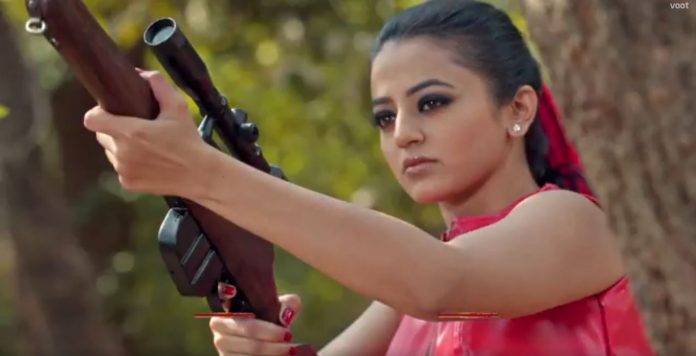 Ishq Mein Marjawan 15th March Update New Season Riddhima turns evil Vansh and Riddhima jump down the cliff to get saved from Chang’s goons. They are still at the target of someone unknown, Riddhima’s lookalike. Vansh gets conscious. He looks for Riddhima. A new journey begins for Vansh and Riddhima. Angre comes to Vansh’s rescue when the stranger attacks him. Angre informs Vansh that Riddhima is safe. He takes Vansh home. Riddhima hides her truth from the family. Riddhima’s lookalike takes her home in the VR mansion. Riddhima tells Siya that Vansh should have come home by now.

Anupriya informs the family that Vansh is safe, Angre is bringing him home. She is thankful that the family got saved from the enemy. Dadi predicts that the danger isn’t away. Ishani feels Vansh and Riddhima have acted to die without caring for the family’s sentiments. She tells that Vansh is returning home when his plan failed. Vansh meets Riddhima. He tells her that he can’t let her go away from him. He needs her more than any doctor.

She mentions that she fell unconscious when she jumped down the cliff, she didn’t find him on waking up. She tells him that she had told Angre to find him and bring him home. Vansh gets informed by a stranger that Riddhima isn’t loyal to him, Riddhima can’t be trusted now. Vansh is confused about the caller, who ruins his peace. Angre calls a doctor for Vansh. Vansh tells Riddhima that he has some work, he will be back. She doesn’t care for him.

She hides her red dress, wearing which she had shot Vansh in the jungle. Kabir is still alive, surviving the bomb blast. He is captured by the same stranger, Vansh’s old enemy. Kabir finds himself chained. He wants to know who is behind it. Riddhima reaches Vansh to help him clean the wound. Vansh tries hard to recall the shooter, who resembled Riddhima. He doesn’t find any injury on her leg. He suspects her. He tells her that she is his life.

Vansh observes her behavior. He tells her that he is going for a while. He adds that his business is like his second wife. He knows that she can do anything. He mentions that his enemies have entered the house, he knows to deal with them. Aryan questions Vansh about his return after faking death. He asks Vansh if the family’s love got him back. He tells that his men were present at the same place where Vansh was shot, they had seen a girl wearing a red dress. Vansh tells him that she must be a coward to hide and stab him. Riddhima gets tensed.

She sees Vansh’s secret room. She follow Vansh. Vansh asks Angre if Riddhima told him about their location. Angre tells that she didn’t call him. Vansh catches Riddhima spying. He takes Riddhima for a confrontation. She apologizes. He tells her that he knows that she wasn’t following him. She thanks him for understanding. He tells her that she would have come there unknowingly. He finds her answers wrong. She tells that they have to decide about right and wrong. Vansh gets into a war of words with her. Riddhima tells Vansh that she feels scared at times.

Vansh is also troubled that Riddhima has undergone a hell of time when he was unconscious for many hours. Riddhima tells that she had looked for him and came home to see if he already returned. She asks Vansh if he has any doubts on her. Vansh tells that he can never doubt her, but he is alert of his enemies. She admits the truth herself, that she isn’t Riddhima, but his enemy. She asks him what would he do if its true. He tells that Riddhima can never cheat him. Riddhima asks Vansh to take painkillers to get rid of the pain. Vansh doesn’t want to forget the one who gave him pain. He asks her about the baby. She gets puzzled. She lies that the baby is fine.

Riddhima goes to meet Chang. She finds him dead. She meets Vyom, who reveals that he has already killed Vansh’s rival, Chang. Vyom questions her about the diamonds, which she needed to bring from Vansh’s house. She tells him that she will deliver the diamonds soon. Vyom tells her that there is no time to spare in the business. Vansh wakes up and finds Riddhima missing. His suspicion gets more dense. Riddhima tells Vyom that Vansh will never doubt his Riddhima, she had not left any proof against herself. Vansh gets the proof against her, the same red dress, which she had worn while shooting at him.

Reviewed Rating for Ishq Mein Marjawan 15th March Update New Season Riddhima turns evil: 5/5 This rating is solely based on the opinion of the writer. You may post your own take on the show in the comment section below.