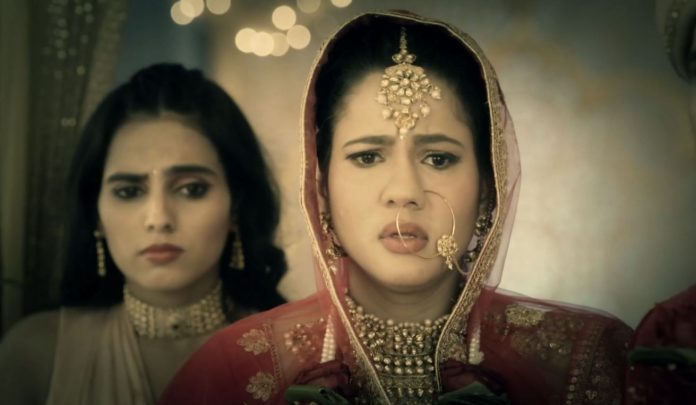 Kundali Bhagya 22nd March 2021 Full Update Kritika learns truth Mahira tells Prithvi that she had helped him. Prithvi appreciates his efforts. He wants Sherlyn and Mahira to leave. He prepares to meet Kritika. Sherlyn tells Prithvi that he will always be of her. Prithvi knows her insecurities and obeys her. Kareena isn’t satisfied with Prithvi. Kritika knows this well. She is glad that Kareena has still given a chance to Prithvi.

She trusts Kareena. She just wants Kareena to support her. She is fed up of all the happenings. She wants to take some rest. Kareena is okay if Kritika has decided to spend the life with Prithvi. She tells that she will be happy if Kritika is happy. Preeta meets Prithvi, while he hides Sherlyn in the room. He offers a drink to Preeta. He asks Preeta what did he do. Preeta reprimands him for cheating the people he loves.

She tells him that Kritika is innocent, she really loves him and regards him her husband. She wants him to be sensitive and not cheat Kritika. She asks him if his heart doesn’t curse him when he does wrong. Prithvi tells Preeta that he loves Kritika and her entire family. He means about Preeta and Sherlyn. Preeta tells him that she knows his real face, she will not get fooled easily. She rebukes him for his cheat. She tells that Shubham had lied to the family and Prithvi got saved.

She adds that she will proof that Shubham has lied. She wants to tell the family that Prithvi is a big trouble. Prithvi threatens Preeta. He tells her that she can’t stop him from becoming the son-in-law of the house. He stops Preeta and confesses love. Sherlyn makes a leave from there. Prithvi tells Preeta that he will become a problem for her if he hates her. He promises her. Preeta warns him against touching her again. She tells him that she stays with her family, who will support her.

She is happy that even Kareena is supporting her. She knows Prithvi can’t succeed. She leaves from his sight. Prithvi is happy that Kritika trusts him. He tells that Kritika’s trust will fail everyone else. He wants to convince Kritika. Sherlyn meets Kritika. Kritika wants to stay alone. Sherlyn asks her to take rest. Prithvi meets Kritika to apologize. Kritika doesn’t want to talk to him. She makes him leave. Karan finds Prithvi and mentions that he is always watching the latter’s actions.

He warns Prithvi against hurting Kritika. Prithvi doesn’t care. Sherlyn takes him along. Prithvi wants to beat up Karan. Sherlyn tells that Kritika is also upset, maybe she will get against him. Prithvi gets worried. She tells that if Kritika tells him that she doesn’t want to marry, then Luthras will throw him out. She asks him to win Kritika’s faith again. He thinks its easy. She tells him that he has to become a hero in Kritika’s life. He adds that he is the only man to play the hero and villain’s role at the same time.

He wants to impress Kritika by a heroic act. Akshay calls up Kritika to further break her down. He congratulates her for the marriage. Kritika tells him that she loved him, he cheated her and left her in the mandap. She asks him not to apologize to her. She doesn’t forgive him. She adds that there is no love for him in her heart. He shows his true colours. He tells her that he wanted her richness, not her. He explains that he will extract money from her some how. He decides to blackmail her. He reminds her about their intimacy.

Kritika gets worried. He tells her that he can refresh her memories by sending the evidences. He threatens to send the pictures to Prithvi and make it viral. Kritika cries a lot when Akshay stoops low. Akshay tells Kritika that she has to come and meet him if she wants to get saved from the blackmailing. She refuses to meet him. He tells her that her pictures will go viral if she doesn’t come. She is shell shocked. She realizes that Preeta was right about Akshay. She regrets that she didn’t listen to Preeta. She learns Akshay’s truth completely. She gets confused about Prithvi as well. How will Kritika save herself from Akshay’s trouble? Comment below and keep reading.

Reviewed Rating for Kundali Bhagya 22nd March 2021 Full Update Kritika learns truth: 2/5 This rating is solely based on the opinion of the writer. You may post your own take on the show in the comment section below.