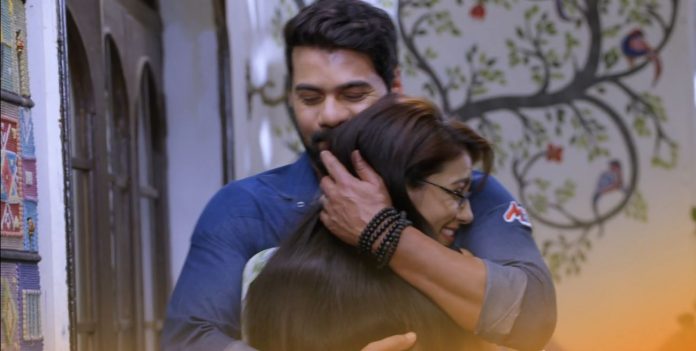 Kumkum Bhagya 12th April 2021 Full Update Abhi Pragya union Aaliya and Tanu insult Pragya and throw her out of the house. Pragya shares her pain with Sarita. She makes a prayer that Abhi recovers. She keeps a condition to keep her devotion only if her husband stays fine. Abhi gets treated by the doctors. Pragya tests her devotion. She worships further for the sake of her husband. She wants to die if Abhi can’t be given a good life. Pragya senses that something good is going to happen with her. Abhi recovers from the deadly incident.

He recovers his memory. He misses Pragya. He remembers the time when he had married her in the temple. Pragya realizes his call and is happy within. Sarita doesn’t figure out what’s Pragya experiencing. On the other hand, Ranbir meets Prachi at the office. He wants to know why she didn’t leave early. Prachi doesn’t want to answer him. She reminds that she isn’t his personal assistant. She still helps him out with the car mechanic’s number.

She wants him to handle his life without her. Ranbir keeps his silence, seeing Prachi not expressing any of her feelings. Prachi is still helpless because of Rhea. She sticks to her promise to Rhea, unaware of the situation faced by both Abhi and Pragya. Abhi shouts Pragya’s name aloud and makes it audible for the entire family, who are in disbelief that he got conscious. Baljeet gets a foot sprain while she rushes to meet Abhi.

Aaliya doesn’t want Abhi to get Pragya home. She feels her position will be threatened if Pragya returns. Pragya tells Sarita that Abhi has called her, she has heard his voice. Sarita explains her that Abhi doesn’t even identify her, he doesn’t have his memory. She stops Pragya from going back to Mehra mansion.

Abhi meets his family, who rejoices seeing him behaving normal. Abhi questions them about Pragya. Rhea tells Abhi that she missed him a lot. Abhi doesn’t remember about his illness phase. He wants to know where is Pragya right now. Baljeet tells that he has recovered for the good. She asks him if he remembers Gayatri. He tells her that Pragya has given him a new life. He reveals to them that he got shot while saving Pragya from the goons.

Aaliya hinders him from meeting Pragya. She fills his ears against Pragya. She tells him that Pragya didn’t wish him to survive. Abhi tells her that Pragya has saved his life, even when he doesn’t remember anything, but he is sure that she can never leave him in danger. He remembers that she had taken him to the hospital. Aaliya reminds that he got treated by the doctors after they admitted him. Baljeet asks Aaliya to tell the entire truth.

She reveals that Pragya had come home to take care of him, she begged them but they ousted her from the house repeatedly. She is thankful that Pragya had taken a disguise of Gayatri to protect him and help him recover. She tells that she wanted to support Pragya, but Aaliya had threatened to throw her out of the house. She tells him that Aaliya used to beat him a lot, it was just Pragya who had cured him with her patience and love. Abhi tells Baljeet that he will fix everything. Aaliya asks Baljeet not to create troubles in the family. She still believes that she is right. Baljeet tells that Abhi will decide it himself.

Rhea asks Aaliya why did she hide about Pragya. Aaliya lies to her that Pragya came home for the sake of property. Tanu hides from Abhi. Abhi angrily throws out Aaliya from the house. He clears out that Aaliya is just staying in his house and doing so wrong to oust Pragya, who is the real owner of the house. He tells that Pragya is his wife and has total right on his house. He shows Aaliya her real place. Aaliya is stunned by his anger. Moreover, Abhi meets Pragya and unites with her. Pragya is too joyed to find him in good health. She is surprised to the core. Will this turn true or just be Pragya’s dream? What will Aaliya do to stop their union? Comment your views. Keep reading.

Reviewed Rating for Kumkum Bhagya 12th April 2021 Full Update Abhi Pragya union: 5/5 This rating is solely based on the opinion of the writer. You may post your own take on the show in the comment section below.