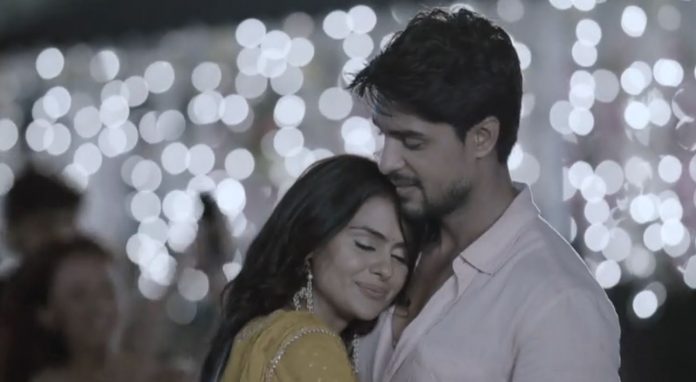 Udaariyaan 31st August 2021 Written Update Huge twist Fateh is also surprised that Jasmin has planned everything. She tells him that she doesn’t want anything to go wrong. Jasmin gets fully prepared to leave for Canada. She gets too happy that he is going to take her to Canada. She is thankful that Gippy had made her passport ready. She doesn’t want Tejo to foil her plans. He tells her that he is worried for his family, who has accepted Tejo as their Bahu. He gets mistaken about Tejo and Buzo’s friendship.

He thinks they are really into a love relationship, and hiding the truth from the family. Fateh wishes Tejo and Buzo to make a fresh start, after he leaves for Canada with Jasmin. Jasmin advises him not to let Tejo know any of their plans until they go to Canada. She tells him that once they reach Canada and settle down, he can send the divorce papers for Tejo to make her free from the unwanted marriage.

Fateh really thinks that Tejo would be happily accepting the divorce and marrying Buzo afterwards. He finds hard to cheat Tejo, but feels cheated himself. He wants to keep Tejo under darkness and leave her forever. Jasmin feels secured with Fateh’s decision. Fateh prepares himself mentally to break his marriage.

Khushbeer asks Tejo to get Fateh’s college certificate file, he needs it. Tejo goes to get the file. Jasmin asks Fateh about the visa documents. Fateh tells that he has kept it safely at home. Jasmin asks him how can he make such a big mistake, if Tejo sees the papers, then it will be a big problem. Tejo looks for the file. She sees Fateh and Jasmin’s visa documents. She wonders what’s the documents still doing with Fateh. She assumes it to be the old application documents.

Fateh tells Jasmin that Tejo can read his face and know his mood. Jasmin asks him to be careful with Tejo, her anger can melt him down. She tells that Tejo can never snatch her love. Fateh doesn’t think Tejo can influence him now. He returns home and finds Tejo waiting to get her answers. He asks her to let him go and make some urgent mails. Tejo asks him why isn’t he answering her, what’s the issue that he changed again.

Fateh doesn’t think she has any right to question him, since she is cheating him. Fateh doesn’t think to talk to her. Fateh leaves from the house to calm his mind. Jasmin dances with joy that both her dreams are getting accomplished. She wants to tell Sweety that Fateh is taking her to Canada. Bebe finds Jasmin happy. She blesses Jasmin to always keep smiling. Jasmin takes her blessings. Sweety asks if Fateh agreed to marry her by telling the truth to the family. She wants to know if Bebe knows about Fateh.

Jasmin tells that Bebe doesn’t know the entire truth. She knows Bebe won’t be happy knowing she loves Fateh. She doesn’t want to think about Tejo’s happiness. Khushbeer finds Tejo looking for Fateh. He asks her to get Fateh’s certificates. Fateh meets Jasmin with a bad mood. Jasmin wants to celebrate their love. She gets a cake to cut. Fateh doesn’t want to cut a cake. He tells Jasmin that Tejo was questioning him again, maybe she doesn’t have any affair with Buzo. He is still doubtful.

Tejo gets Jasmin and Fateh’s visa papers. Fateh wants to find out the real matter. Khushbeer asks Tejo to leave for college, if she didn’t get the file. Jasmin tells Fateh that they shall celebrate their happiness, forgetting Tejo and Buzo. Fateh doesn’t want to have the kiddish celebrations. Tejo feels hurt seeing the visa documents. She asks Buzo to meet Simran and Candy. She adds that she has to give some candies for Candy. Buzo tells that he will meet her and also tell her about Fateh. She wonders what’s the matter.

Fateh finds Buzo leaving from his house. He follows Buzo. Jasmin asks Fateh why is he still thinking after Tejo, if he loves Tejo. Fateh tells that he just loves Jasmin. She asks him to stop finding the truth, its better if Buzo and Tejo have an affair. Buzo meets Tejo. He alerts her of Fateh’s strange behavior. Tejo tells him that Fateh doesn’t answer her anything. Buzo tells that her lies can break her relation. She tells him that she had seen Fateh and Jasmin’s visa papers. Buzo tells her that the application would be old one. Jamsin and Fateh cut the cake and celebrate their love’s new beginning.

Buzo asks Tejo to go home and check the date on the form. He tells that Fateh hates Jasmin, he can never go back to her. Buzo doesn’t want Tejo and Fateh’s relationship to break. Fateh informs Jasmin that her wish is getting true, she can shout out her love for him, they will be spending their evening in his friend’s engagement party. Jasmin is glad to attend the engagement party.

Fateh tells that he doesn’t want Tejo to question him. Jasmin enquires about the visa papers. Fateh tells that he kept it in the cupboard. Jasmin panics and asks him to get the papers to her. Tejo wants to go home and check the date on the papers. Tejo reaches home before Fateh. She goes to check the papers once again. Will Tejo learn Fateh’s biggest cheat? Keep reading.

Reviewed Rating for Udaariyaan 31st August 2021 Written Update Huge twist: 3/5 This rating is solely based on the opinion of the writer. You may post your own take on the show in the comment section below.