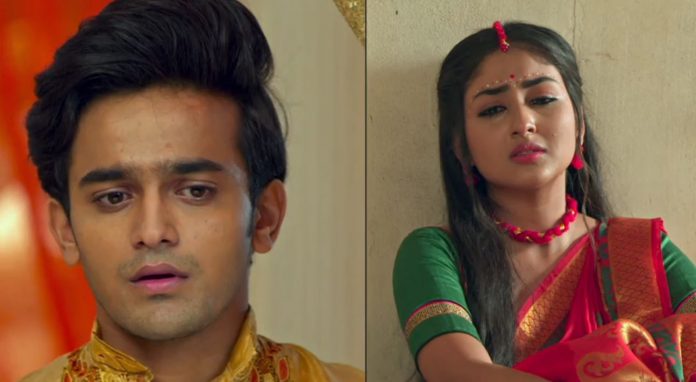 Barrister Babu 7th September 2021 Written Update Separation Anirudh tells Trilochan and Somnath that he wasn’t going to flee by ruining the family’s name and leaving the Tulsipur people to live at the mercy of Krishnanagar people. He sees see Tulsipur people dying to the enmity that rages after his marriage. Anirudh explains that he planned to bring Bondita with him and end the enmity forever. Anirudh tells Trilochan that he was going to come back with Bondita after marriage, he would have changed the enmity to love.

Sampoorna tells Anirudh that Trilochan had forced her to tell Anirudh’s address by laying this trap of Shashwati’s marriage. Anirudh feels ashamed that Trilochan plotted this to separate Bondita and him. He regrets that he left Bondita again in the mandap. He declares that he will marry Bondita, and nobody can stop him. Trilochan reminds him that he will lose all his rights on their family and people once he marries Bondita.

Trilochan threatens to get the entire village girls married at a young age for their safety. Trilochan tells him that no girl in Tulsipur will be safe from Krishnanagar men, once the enmity fire burns their village, there is no way to safeguard the girls, that’s to get them married off to decent men even if the young are under teenage years.

He asks Anirudh to decide it for himself, if he wants Bondita or end the bad custom evolution. Anirudh is asked to choose between his love and responsibility. Anirudh wants to meet Bondita and explain her the reason for leaving. He doesn’t want to leave her hand ever. He decides to fight against the bad customs, for which he could even give his life. Bondita would never marry Chandrachur. She sinks in sorrow that Anirudh didn’t keep his vow of love. What will be Bondita’s stand on knowing Anirudh’s reason? Keep reading for upcoming.

Anirudh gets compelled by Trilochan to give up on his love. Trilochan stops Anirudh from going to Bondita. Trilochan tells Anirudh that if Anirudh wants to save the village girls from a bad custom, then he had to sacrifice his love. Anirudh accepts Trilochan’s condition just for the sake of humanity. He can’t see many lives getting ruined because of his love. He tells Trilochan that he will not go to save Bondita from sorrow and complete their love story by his companionship.

He regrets to have such a family who doesn’t understand his love. He wishes that Bondita forgives him for not turning up to marry her. Bondita still believes Anirudh. Chandrachur gets her home, while she gets reprimanded by Sumati and Thakumaa. Sumati angrily asks Bondita to better die if she had dared to break her promise to her mum. She misunderstands Bondita because of Tupur. Sumati accuses Bondita for lying to her and running away from the house. Tupur requests Bondita not to tell anything.

She is scared of Chandrachur. Bondita keeps numb just for Tupur. Chandrachur asks Sumati to forgive Bondita, even if she needs to vent her anger on her first. Sumati beats up Bondita in rage. She is upset that Anirudh threw her out of his life once again. She regrets that Bondita fell weak in love and lost to Anirudh’s deceive. Sampoorna feels ashamed of Trilochan for not understanding Anirudh and compelling him to forget Bondita. She feels sorry that she had become a reason for Anirudh and Bondita’s separation.

Anirudh tells her that he won’t see any wrong custom practiced, he can give her life as well along with his love. Sumati questions Bondita if Anirudh had touched her to make any relation. Bondita knows that Anirudh didn’t cheat her, he didn’t cross any limits to malign her name. Sumati gets hatred for Bondita, who has immense love for Anirudh. Chandrachur suggests Bondita to file a fraud case on Anirudh, but she refuses, stating her love and faith on Anirudh. She tells her family that she trusts Anirudh, who would never do any wrong with her. The family gets to witness her madness for Anirudh.

Anirudh learns Trilochan’s next evil plan, that’s to malign Bondita’s name in the village by spreading false stories. Anirudh warns Trilochan and Somnath against taking any step to defame Bondita. He doesn’t want Bondita to face any disgrace. Bondita tells Sumati that Anirudh has touched her soul and heart with his true love, that’s the reason she loves him even more. Thakumaa finds Bondita’s love blind. Bondita tells that its her faith on Anirudh, which can never break.

Anirudh and Bondita exclaim to their families what they mean for each other. They mean the world to each other. Anirudh claims that he will just love Bondita all his life, and never let anyone stop him from loving her. Bondita also stays firm on her love for Anirudh. Trilochan and Thakumaa get to see Anirudh and Bondita’s faith and love, and feel scared. Anirudh plans to meet Bondita and explain his situation to her, hoping that she will understand him.

Reviewed Rating for Barrister Babu 7th September 2021 Written Update Separation: 3/5 This rating is solely based on the opinion of the writer. You may post your own take on the show in the comment section below.