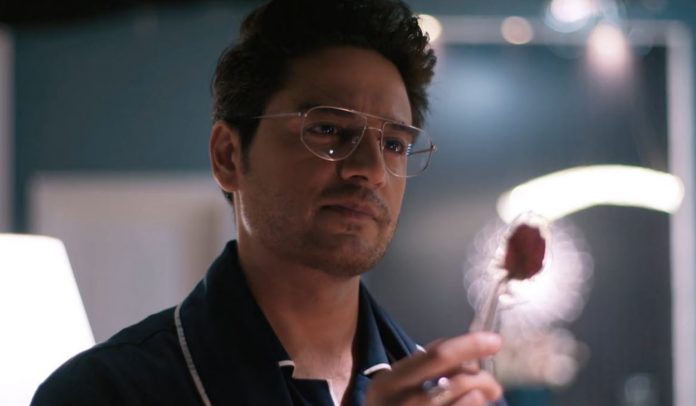 Anupama 6th September 2021 Written Update Mega twist Devika knows that Anupama lived a life without love, and Anuj has just kept his love in his heart since 26 years. She wants him to express his love to Anupama. She informs him that Anupama is dealing with a huge financial mess, but she will find some way. Devika tries to remind Anupama about Anuj. She does a friend’s duty to unite her two besties. Anupama doesn’t listen to Devika about Anuj.

Anupama adds that she has nothing to do with Anuj. She doesn’t want Devika to link her name with Anuj. Vanraj gets glad to know Anupama’s opinion about Anuj. Pakhi brings a surprise for Anupama and family. She presents Anupama and Anuj’s dance video and pictures. She tells them that Anuj had a crush on Anupama in the college. She asks Anupama not to feel awkward. Kavya insults Anupama for hiding about her past. She asks Anupama if she also liked Anuj. Kinjal and Pakhi stop Kavya from her taunts.

Leela limits Anupama from thinking anything about Anuj, since a remarriage won’t suit her in this age. She adds that the family will be hurt if Anupama plans a new relation. Leela sternly warns Anupama, while the latter isn’t thinking of anything such. Anupama’s family plans Janmashtami function in their house. They decide that all the couples will be becoming Radha Krishna. Leela and Hasmukh sing and dance. They start practicing for their performance the moment they know that they would be become Radha and Krishna.

Its Kavya’s first Janmashtami after her marriage with Vanraj. Anupama gives the suggestion that every couple becomes Radha-Krishna. Kavya wants to become Radha for Vanraj. Anupama tells that its Kinjal and Nandini’s first Janmashtami as well. She wants her Bahus to celebrate well. Anupama’s idea is liked by everyone. Vanraj appreciates Anupama. Leela tells that its final now, that every couple will be performing in the function. Vanraj-Kavya, Leela-Hasmukh, Kinjal-Paritosh and Samar-Nandini become Radha-Krishna. Anupama is left alone. Kavya taunts Anupama that she is not aged to become Gopi and she has no Kanha to become Radha.

She asks Anupama what will she become, how will she perform solo. Vanraj feels bad. Anupama tells that Kanha is always with her. She replies that she will be performing for her Kanha. Anuj gets dressed as Kanha at his home on GK’s insistence. He doesn’t want to become Kanha, but GK decides it for him. Anuj tells that he can’t become Kanha without his Radha. GK tells that he will get his Radha on this Janmashtami. GK plans to make Anuj and Anupama meet on the Janmashtami function. Anuj will be arriving at Shah house on Janmastami eve, and team up with Anupama as her Kanha. Keep reading for latest updates.

Hasmukh and Leela dance and romance. Anupama is glad seeing their Rasleela. Hasmukh becomes Leela’s Kanha. Mama jokes that Leela can become Kans as per her personality. Kavya tells Leela that she isn’t seeing the calender when she isn’t working in any office. She is thrilled to have Vanraj as her Krishna and become his Radha. Vanraj doesn’t want things to get awkward. Kavya reminds him how he used to become Kanha when he was married to Anupama. Anupama and Vanraj ask Kavya to mind her thoughts.

Anupama faces taunts from Kavya. The family gets sad that Anupama will fall lonely completely. Anupama is very much hopeful that she has her Kanha with her always. Anuj tells GK that he is 44 years old, his age isn’t of becoming Kanha. GK finds a kid in him still. They both become Kanha and fix a peacock feather in the wand. Anupama wishes Samar to regain his smile. She finds him upset. GK helps Anuj become Kanha completely. He so wishes that Anuj gets his Radha. He does Anuj’s aarti and blesses him.

He asks GK not to cry, if he doesn’t have parents. GK reveals that its Anuj’s birthday. Anuj tells that he is really happy with GK, since he plays the roles of all the relations, GK is all in one. GK asks Anuj to get ready to visit the temple. Rohan fills Samar’s ears against Nandini. Samar and Nandini’s relation gets spoiled because of Rohan. Nandini shares her heart with Anupama. Anupama is sure that her son is sensible enough to handle his relationship.

She asks Nandini to become Radha for Samar, then everything will be okay. Rohan angers Samar by his fake stories. Anuj decides to help out Anupama. He asks his legal team to send back the factory papers to reconsider the deal. Pakhi gets the party videos and pictures sent by Devika on her phone. She plays the dance video on the tv screen to show the family. Anupama feels awkward, while the entire family is happy seeing her enthusiasm. Leela and Vanraj are the only two unhappy persons. Kavya humiliates Anupama on her so-called friendship. She asks Anupama if she is ashamed to hide something wrong.

Anupama isn’t hiding anything. Kinjal takes a stand for Anupama. Pakhi asks Anupama not to feel awkward because of Anuj. Leela gets angered knowing Anupama met her past. Kavya fills Leela’s ears that Anupama and Anuj were in love. Anupama reminds Kavya her limits. Vanraj asks Kavya to focus on the festival, not on any party. Leela gives Anupama disheartened by showing lack of faith. Anupama finds Samar and Nandini’s relation break. Anuj happens to save Samar’s life from an accident and brings him home. Stay tuned for the exciting entry of Anuj in Shah house.

Reviewed Rating for Anupama 6th September 2021 Written Update Mega twist: 3/5 This rating is solely based on the opinion of the writer. You may post your own take on the show in the comment section below.