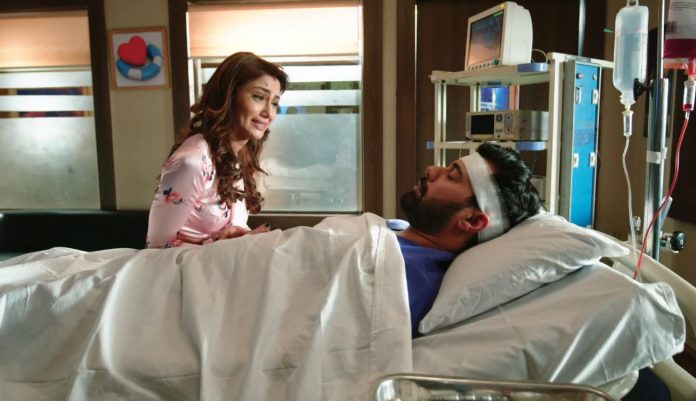 Kumkum Bhagya 15th September 2021 Written Update Best twist Pragya tells Prachi that she is feeling weak, when she wanted to become strong. She tells her that this really happened with her. Prachi asks her to not hear or see anything, just follow her heart, she should not think of his words or actions, but see his heart. She tells Pragya that Abhi searched for Pragya a lot after she left, he broke relations with her thinking she is the reason for making Pragya away. She adds that Abhi left his house and business, he chose to live in the chawl, after Aaliya and Tanu brought losses for him in the business.

Prachi tells Pragya that Abhi used to go to police station to find her, he used to fight with the inspector to get her information, he was broken down on not finding her, he wanted to kill himself in her memory, he would never want to kill her. She tells that Abhi would not want her to die. Pragya tells that Abhi had called her and told her that he wants her to die. Prachi tells that it maybe Aaliya and Tanu’s plan to create a rift between them. She asks her to realize how Abhi got married to Tanu, when everyone was on her side.

Tanu doesn’t want Aaliya to control her, because she is not Pragya to tolerate her nonsense. Tanu doesn’t trust anyone. She refuses to give money to anyone. Baljeet warns Mitali and asks her to choose either money or relations. Tai ji and Mitali choose money. They want to break the lock and get money from Tanu’s locker. Pragya’s misunderstanding about Abhi gets cleared. Pragya recalls Abhi’s love confession.

She apologizes to him. She tells him that Prachi is saying right, she should follow her heart, he can never try to kill her, when he has saved her many times. She tells that she didn’t follow her heart and misunderstood her, she lost herself because of her revenge. Pragya believes Prachi is right. Her heart now testifies that she loves Abhi, he can’t be wrong. Prachi gets happy seeing her parents united. Pragya doesn’t want any misunderstanding to separate them.

Reviewed Rating for Kumkum Bhagya 15th September 2021 Written Update Best twist: 5/5 This rating is solely based on the opinion of the writer. You may post your own take on the show in the comment section below.