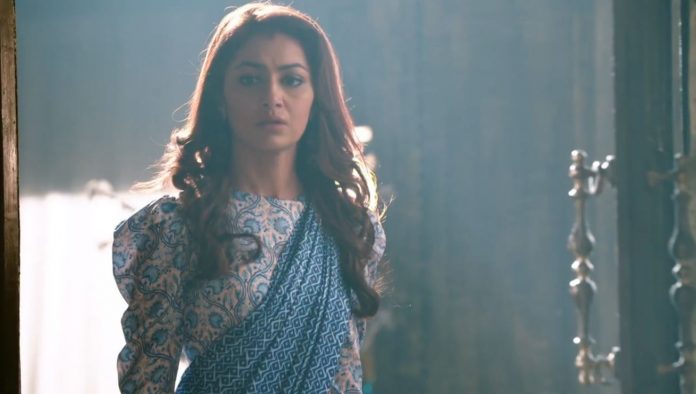 Kumkum Bhagya 21st September 2021 Written Update Abhi’s love Tanu, Aaliya and family arrives at Abhi and Pragya’s house. Pragya waits for them to destroy Tanu and Aaliya. She wants them to step in their game. She is sure that she will win. Tanu thinks Pragya is welcoming her destruction. Pragya wants them to lose at any cost. Aaliya knows that Pragya has made some rules, but she will break every rule to win. Pragya knows that Aaliya breaks rules and likes to win, but she won’t be able to break the rules in her house. She welcomes Tanu and Aaliya.

Baljeet’s homecoming surprises Pragya. She gets emotional. Pragya asks the family to get comfortable. Pragya surprises Abhi by bringing Baljeet to him. Baljeet is happy to see him. Pragya tells that he is okay. Baljeet asks how did he fall down the stairs. He tells that he won’t believe Tanu, but her heart. She gets emotional to see the old Pragya back. Baljeet tells that whatever the people say, that Pragya has bought Abhi, but she knows that Pragya got him home to take care of him. Baljeet understands Pragya well.

Abhi tells Baljeet that he will get fine seeing her. Abhi asks her not to believe Pragya, she is not the old loving Pragya, but a stern hitler now. Abhi and Pragya argue a lot, and makes Baljeet feel normal. Baljeet tells him that she is happy to see their fights. Abhi asks her how did she come. Pragya tells that she called the entire family to stay with them. Abhi asks the reason when she hates Tanu and Aaliya. Baljeet tells him that Pragya got them home, because Tanu wanted to take him to the chawl, Pragya did this for his sake.

Abhi tells that Pragya doesn’t love him, but Baljeet may think so, Pragya is just doing this for Gaurav’s case purpose. Pragya doesn’t answer him, that she loves him. He loves Pragya, but thinks she has moved on without him. He doesn’t want to have false hopes now. Pragya stays silent and lets him think whatever he wants. Baljeet makes prayers that Abhi and Pragya unite forever. Mitali and Tai ji go to see the lavish house. Tanu asks Aaliya if she can trust her. Aaliya tells that their motives are same. Tanu tells her plan against Pragya. She adds that they will oust Pragya from the house. Sushma overhears their plans and watches them joining hands.

She knows that Tanu and Aaliya will try their dirty plans, but Pragya will defeat them. She is confident that Pragya will teach them a lesson. Sushma asks Baljeet to continue the prayers. She is glad that Baljeet cares for Pragya. Baljeet is grateful that Sushma has taken care of Pragya so well and supported her when she was alone, when Sushma has no relation with her. Sushma tells that she has shown a path to Pragya and motivated her to live. Baljeet thanks her. Sushma asks Baljeet to not thank her. She wants Baljeet to bless Pragya. Baljeet tells that Abhi and Pragya will always be together, she blesses them to be united. Sushma tells that the one who gets Pragya will be lucky.

Pragya is happy that her life’s most important persons are in the same house. Baljeet asks her if Abhi is also important for her. On the other hand, Rhea is hopeful to get Ranbir back. She knows that Ranbir will think of her from now and eventually love her. She wants him to confess love to her. She knows how to get Ranbir, by acting sorrowful and helpless like Prachi. She wants everything to go as per her plan. She wonders if he is thinking about her.

Ranbir really thinks of Siddharth and Rhea’s matter. He doesn’t tell anything to Prachi, but she understands that he is worried for Siddharth and Rhea. Ranbir gets a moment with Prachi. He feels lucky that they have married because of their love. Prachi asks him not to worry, Siddharth loves Rhea. She asks him to ask Siddharth. Ranbir agrees to Prachi. Will Abhi and Pragya’s differences get clear? What are Tanu and Aaliya planning to ruin Pragya’s peace at night? Comment your views and keep reading.

Reviewed Rating for Kumkum Bhagya 21st September 2021 Written Update Abhi’s love: 3/5 This rating is solely based on the opinion of the writer. You may post your own take on the show in the comment section below.