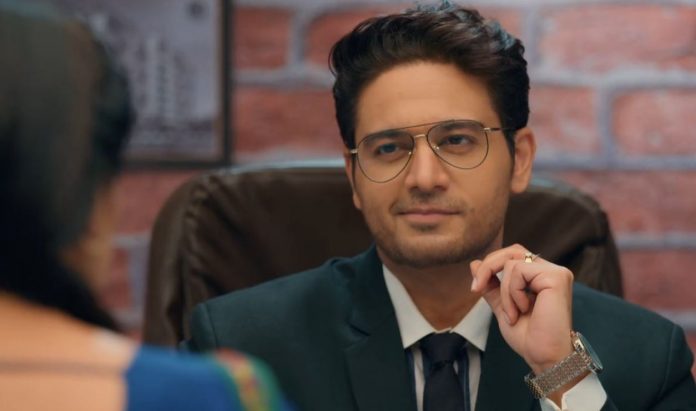 Anupama 21st September 2021 Written Update Anuj vows Hasmukh answers Leela and Vanraj. He cheers up Anupama and wishes her all the best for her first day at work. He feels proud of her. Kinjal and Samar also wish Anupama. Anupama feels glad when Hasmukh answers everyone on her behalf. Hasmukh asks Anupama to drive the car herself and go to the office. She hesitates to take the car keys. He asks her to accept the keys for his sake. He tells her that she shouldn’t stop for anyone’s sake. Kavya taunts Anupama.

Anupama doesn’t want to waste her time on Kavya and Vanraj. Anupama steps out of the house. She drives the car. Hasmukh is happy for her. Anuj passes time and waits for Anupama. Anupama finally ends his wait. She arrives at his office. Anuj learns that Anupama has come to meet him. He controls his excitement. He thinks if Anupama has come to refuse to his offer. He feels love for Anupama when he sees her. He greets Anupama and welcomes her in his cabin. He doesn’t know her decision yet. Kavya fills Leela’s ears against Anupama.

She reminds how Anupama has insulted Leela and initiated a clash in the family just for the sake of Anuj. Anupama tells Anuj that she has taken a decision. She tells that she didn’t lose her relations even after a divorce, she has many responsibilities, she isn’t scared of another responsibility, its her yes for their partnership. He tells her that he offered the partnership after seeing her talents, she will have reasons to refuse, but she should think it once.

She adds that she isn’t proficient in English. He tells that English is just a language, it doesn’t prove anyone’s talent. She recalls Vanraj’s words. She thanks Anuj for understanding. He hands over the project file to her. He likes the way she respects the work. Kavya tells Leela that just she can stop Anupama from working with Anuj if she doesn’t want to lose her name in the society. Anuj tells Anupama that the file is already translated in Hindi and Gujarati. She gets the magnets in the file and gets surprised. She tells that she lost her magnets in the college.

Anuj has kept it safe because it belonged to her. She clears to him that they were together in college and will be together in office, but he will be her boss, he should not treat her like a friend, he should treat her like an employee, she isn’t different. She comes to the point. She tells him that whatever feelings he had for her in the past. He replies that she won’t get troubled by it. She tells him that she has stepped out of the house, but she still keeps her values along, he shouldn’t have any other hope from her. He assures her. She apologizes to him.

He tells that he liked it that she kept her heart out in a simple way. He asks her to just do her work, he will never pose any trouble for her. Kavya asks Leela to stop Anupama from committing a sin. Leela gets enraged. Anuj drops Anupama outside the office. He feels happy seeing her independent. GK tells Anuj that they celebrated Janmashtami with Anupama’s family, it will be better to invite Anupama’s family to celebrate Ganesh Chaturthi. Anuj gets convinced by GK. He invites Anupama’s family in Ganesh Chaturthi. Anuj’s invite creates another stir in Shah family. Vanraj tells the family that they will not accept the invite, nobody will go to Anuj’s house, they won’t keep any personal relations with Anuj.

Anupama comes back home and learns about Anuj’s invite. She hears Vanraj’s decision. Anuj senses that Vanraj doesn’t like Anupama’s progress, or maybe he doesn’t like Anupama and his decision to work together. He tells GK that if Anupama fails to handle things in her life, then he can’t control himself, he will surely get involved in her life and become her savior. Kavya advises Vanraj not to spoil her terms with Anuj. She suggests that he controls Anupama, instead getting problems for himself. She asks him to vent anger on Anupama. Anuj vows to help Anupama if the need arises.

Reviewed Rating for Anupama 21st September 2021 Written Update Anuj vows: 5/5 This rating is solely based on the opinion of the writer. You may post your own take on the show in the comment section below.