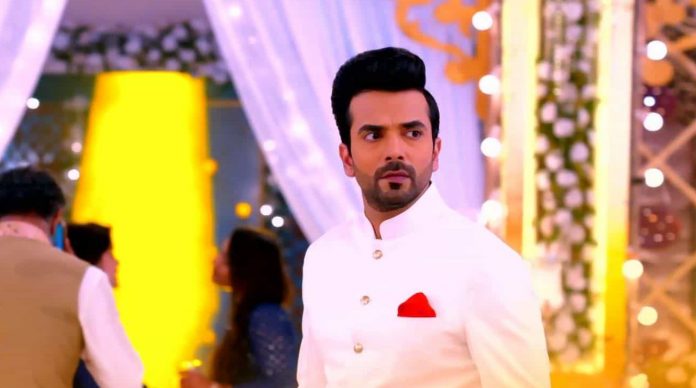 Kundali Bhagya 23rd September 2021 Written Update Rishabh Shocked Sherlyn overhears Rishabh and Karan’s talks. She learns that Sonakshi had been in love with Karan since their college days. She suspects that Sonakshi still loves Karan and wants to get him, that’s the reason she has come to stay in the Luthra house. She understands Sonakshi’s motives once Rishabh clears the facts of the past. Sherlyn wants to share this news with Kareena first, knowing she will believe her.

Sherlyn goes to meet Kareena to tell her that Karan and Sonakshi had an affair in the past. She tells that Pihu is the result of their affair, Karan was also involved in the affair knowing Sonakshi’s feelings for her. Kareena is shocked to hear this. Sarla tries to get saved from the goon Marcos and his aides. She learns their entire plan of getting their drugs back from the Luthra family. She doesn’t want them to harm anyone. She tries to run away, but gets spotted by them. They chase her again.

She attempts to get away from their clutches. Sarla runs shouting for help. She comes to the same corridor where Rishabh is around. Sarla screams to make herself hear out by someone. Rishabh hears Sarla’s screams and stops. He turns to look for her, but the goons forcibly take Sarla away before Rishabh could see her. Rishabh fails to see the goons stopping Sarla from reaching him, but he gets suspicious that something is wrong. Will Rishabh be able to find out the truth? How will the Luthras deal with the drug dealers? Will Pihu get kidnapped in the chaos? Comment your views.

Mahesh asks Rishabh to tell sorry to his wife even if its not his mistake, only then he will stay happy. He gives his tips. He tells that he is worried that there are no guards at the gate. Rishabh tells that he will call the security agency. Sarla sees Rishabh and tries to shout. Rishabh hears her voice, but doesn’t figure out. He looks for her. He asks Mahesh if he heard something. Mahesh tells that he didn’t hear anything. Rishabh tells that he heard Sarla’s voice. The goons turn Sarla unconscious and lock her in the cupboard. Sherlyn asks Sanjana to talk to Kareena later.

She tells Kareena that she needs to tell her something really important. She adds that Sonakshi loves Karan since their college days, Karan also loved her, that’s why Pihu was born. Kareena tells that Karan was flirtatious, he had many girlfriends, he wasn’t in love, he has changed after marriage, he loves Preeta. She asks Sherlyn to not tell this to anyone else. Sherlyn feels Kareena isn’t taking interest. Prithvi stops Sherlyn to know the truth behind Rishabh and her relation.

He asks her why was Rishabh saying I love you to her. She asks him not to doubt her, because he also acts lovey dovey with Kritika. She tells that Rishabh is her husband, he can say I love you to her. Prithvi asks the goons not to watch the husband and wife’s drama. He tells that Sherlyn is his wife. Sherlyn asks Prithvi to think anything he wants. Marcos meets his aides. He tells his next plan.

Pihu asks them not to fight always. She asks them to say sorry to each other. Rishabh asks them to fulfill Pihu’s demand. Pihu asks them to kiss each other. They play with Pihu. Sonakshi grows angry watching her own daughter uniting Preeta and Karan. She plans to get Karan back from Preeta some way. Rakhi asks Pihu to gather the family for the aarti. Preeta looks for Sarla. She asks Shrishti about her. She goes to find Sarla. The goons ask Sherlyn not to fight with her husband. She scolds them. Sonakshi doesn’t observe Sarla in her room. She confesses that she loves Karan, she has the most rights on Karan.

She calls Yashvardhan to discuss her plans. She tells him that Karan will love her knowing how much she loves him. She wants to tell Karan that she loves him. He asks her to calm down. She tells that she wants to propose Karan. He tells that Karan will not accept her and her love, Karan loves Preeta, she has to make Preeta away. Sonakshi tells that she has to win Pihu’s heart. He asks her to win the family by using Pihu. She promises to share her plans with him. Preeta looks for Sarla. She feels Sarla is close. She doesn’t see her tied up. She returns to the family. The entire family performs the veneration.

Reviewed Rating for Kundali Bhagya 23rd September 2021 Written Update Rishabh Shocked: 3/5 This rating is solely based on the opinion of the writer. You may post your own take on the show in the comment section below.