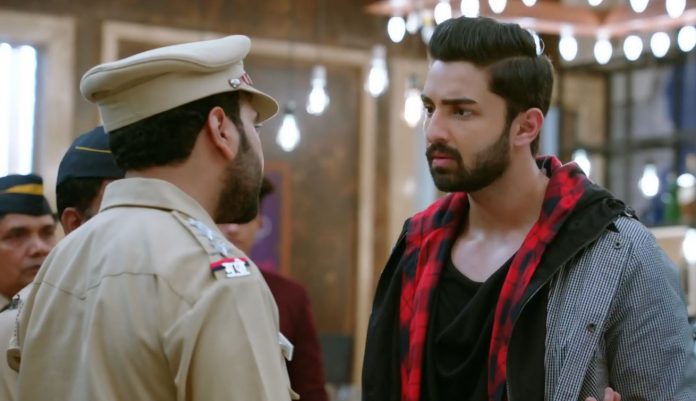 Bhagya Lakshmi 29th September 2021 Written Update Trouble for Rishi Rishi asks Malishka to not worry about her crazy behavior as he loves it. Malishka tells Rishi that it is not madness but the fire burning inside her that is super destructive. Rishi and Malishka both agree that love is simple without some explosion. Rishi reveals that loving is like playing with the fire. Rishi assures Malishka that there is a lot of work in the office and he will not be able to see Lakshmi’s face quite often. Rishi also compliments Malishka that jealousy suits her to which she says that he should not dare to convert this jealousy into anger. Rishi asks Malishka to trust him and she says that she trusts herself more than him because no one will choose a nerd like Lakshmi over her.

Rishi asks Lakshmi to not wait for him and sleep early due to the workload in the office. Rishi tells Lakshmi to always keep smiling as she looks beautiful. At the office, Rishi shouts at Aayush for neglecting work for a few days. Aayush informs Rishi that he has to interview a candidate for a managerial post as the former manager is on maternity leave. Karishma Oberoi encourages Malishka’s behavior and assures her that Rishi is hers only.

Aahana tells her mother that she likes her sister-in-law Lakshmi but Karishma shuts her up by saying that Malishka is their relative and bringing her into their house will be a luxurious catch for them. Malishka’s entry into the house will permanently set them in the lavish household of Karishma’s brothers. Karishma is angry with her daughter for taking Lakshmi’s side and says that if not for her kids would have never led a luxurious life. She warns Aahana to not use her brains and only do what she says.

Malishka tries to call Rishi but his call is engaged. On the other side, Rishi is trying to call her but is not able to connect with her. Rishi is finally able to call Malishka and starts shouting at her. Malishka gets angry and asks him to say I Love You 5 times and then only her anger will go. Rishi asks her the reason for saying it 5 times and Malishka says that he always comes to convince her in five minutes and therefore she likes number 5. Rishi says I love you three times and the call gets disconnected. Lakshmi calls him and he says I love you to her.

Malishka is enraged at learning that Rishi is busy on his call. Rishi asks for a reply but Lakshmi is too shocked to say it. She stammers and Rishi realizes that he made a big blunder. Lakshmi is about to say I love you when Aahana comes to inform her that Dadi has called for her. Lakshmi tells Rishi that she will tell those words to him later and cuts the call. Rishi is left shocked and Lakshmi cannot stop blushing. Rishi picks up Malishka’s call and says I love you to her bluntly but doesn’t reveal what happened with Lakshmi as she may turn hyper. Rishi excuses himself to attend a mail and hangs up.

A young and beautiful lady named Shanaya Thakur makes an entry into Rishi’s office for the post of Manager. Rishi is unbothered by her appearance. He finds her experience incapable of the post of manager as she has changed jobs 9 times in her career of 7 years. Shanaya tries to butter Rishi but he doesn’t fall into her trap. Rishi rejects her application but Shanaya tries to seduce him. Rishi tells her that in his company women are respected and all the female staff are hired based on their merits and capabilities. Shanaya promises to keep Rishi happy but he asks her to leave as she has come to the wrong place.

Shanaya crosses her limit and tries to get close to Rishi. Rishi loses his cool and throws her out of his cabin. Shanaya is left humiliated and angry. Rishi orders his security that she should not be seen near any of his office properties. Dadi plays a prank on Lakshmi. Dadi assures Lakshmi to feel at home and they both have an equal right to each other. Aahana warns Lakshmi that Dadi will regularly play pranks with her and she should be prepared for it. Dadi then reveals her childhood fun and masti. Aahana realizes that her Nani has again gone back to her Punjab trip but now she has found a partner in Lakshmi who is also from Punjab.

Dadi requests Lakshmi to show Punjab through her eyes. Lakshmi praises the soil, smell, and greenery of her Punjab. She also tells about a friendly neighborhood and her sheep named Bakrinder. Dadi asks about Gurudwara and Lakshmi says that it is the same everywhere but differs in size and what remains the same is the belief and trust. Dadi becomes emotional and praises Lakshmi for her sweet and truthful voice which made her feel that she just visited a Gurudwara. Dadi and Aahana pull Lakshmi’s legs, making her go red with shyness. Rishi is giving a presentation at his office for his fragrance brand when there is a lot of commotion outside. Several media reporters are trying to go inside his office while security persons are stopping them.

The police officials forcefully go inside in spite of security guards stopping them. Rishi and Aayush come out to get enquired by the police. Rishi is shocked to know that Shanaya Thakur, to whom he rejected a job in the morning, has filed a case of molestation against him. The police inspector asks Rishi to cooperate with him and come to the police station or he will have to arrest him. Neelam is tensed that her son has not informed her about being late and tries to call him desperately only to not get an answer. Neelam is feeling tense because she is not getting good vibes and her husband advises her to stop speaking with pandit every day and seek his opinion.

Reviewed Rating for Bhagya Lakshmi 29th September 2021 Written Update Trouble for Rishi: 4/5 This rating is solely based on the opinion of the writer. You may post your own take on the show in the comment section below.