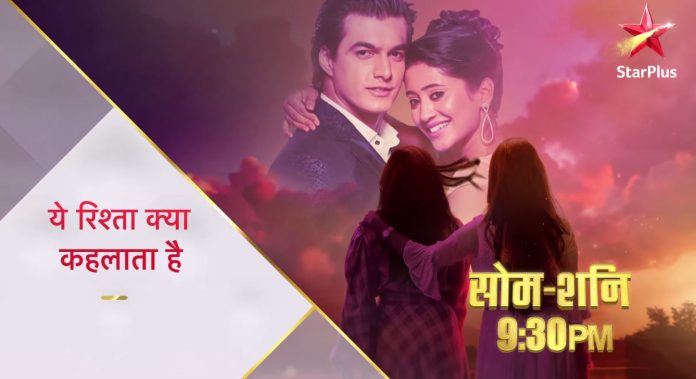 Yeh Rishta New Generation 13th October 2021 Update Promo Sirat recalls how Surekha berated her for her parents’ misdeeds and the whole family had an argument about it. She comes out of flashback and gives medicines to Kartik. Kartik asks Sirat to give him his file as he wants to do some work. Sirat goes to get the files and again recalls Sureka’s bad words. Busy in her thoughts, Sirat gives a magazine instead of a file to Kartik. Kartik says to her he asked for a brown file and she gave him a magazine. Sirat apologizes and brings Kartik his file. He asks Sirat why looks so tense, something happened. Sirat says nothing. Kartik asks her to not lie as heard some voices from downstairs while he was sleeping.

Sirat says Vansh and Kairav were making noise. He makes Sirat sit and asks her what happened to her. He says she should jump with joy after knowing that she got selected for Asian Boxing Championship. Sirat asks Kartik, wouldn’t it have been better if she wouldn’t have won the last match. Kartik asks what she means. Sirat says she would have got so much time to spend with him and kids if she wouldn’t have won the match. She also says she would have not committed so many mistakes. Kartik asks what mistakes she is talking about. She tries to ignore the topic.

Kartik asks her to talk straight-forwardly. Sirat says she thinks that coach will increase her practice time and she would not get any time for her family. Kartik jokes and asks her to think about him too. He asks Sirat to reveal the real truth to him. Kartik also assures Sirat that she is handling family kids well. He asks her to tell what the real problem is when she knows that she can handle home and work both responsibilities. Kartik asks her if anyone said anything to her. Before Sirat could reply KAiorav calls them downstairs.

Media is seen interviewing Sirat. They congratulate Sirat for getting selected to represent India in Asian boxing championship. Another media person asks Sirat, what does she think? Will she be able to bring the medal home? Sirat recalls Surekha asking family that they always forgive her because she won a national medal; they will forgive her even if she murder someone. Kartik in his thoughts asks Sirat to say yes, he wonders where Sirat’s confidence went. Sirat replies to the media that yes, she always dreamt of Asian Championship medal. She also says that this dream of her’s is now her whole family’s dream. Her family supported her dreams and now she can’t disappoint her family. She confidently says that she will now bring medal for her family, country and her dream.

Sirat tells the media that people just talk about supporting their daughter-in-laws but her family really treated her as their daughter. She further says that her family supports her. A media person says to Sirat that she is an inspiration for aspiring boxers. Sirat replies that not she but her family is an inspiration for people whose daughters and daughter-in-laws want to fulfill their dreams. Surekha thinks that Sirat does only buttering and this way she has put the whole family on her side.

Media asks Sirat if they could interview her family too. She replies they should ask this question from her family only. Kartik sits for the interview. Media asks him how feels being the husband of a successful boxer. Kartik recalls how Sirat mistakenly punched him. He jokes and replies that he feels scared of Sirat, god knows when she punches him. Kartik now seriously says, he feels proud that a strong and hardworking girl like Sirat is in his life. He says that Sirat always does what she thinks. Kartik also tells the Media that sometimes Sirat’s motherly nature comes in between and he then has to make her understand her worth.

He further says that he wishes every girl gets the same freedom as Sirat is getting in her in-laws home. Katrtik says this way every girl’s dreams would come true. Media says they wish the same. Media next interview Manish and Akhilesh. They ask them what they want to say about their daughter-in-law. Manish replies that he just wants to wish Sirat for her future. Akilesh says that they are just waiting for Sirat to bring Medals and trophies. Vansh says Sirat will bring their country’s name on top in the whole world. Kairav says that his mother should be named Jiteshwari as she always wins.

Sirat introduces Akshu and Aarohi. She tells the media that her reasons for returning to boxing are Akshu and Aarohi. She says that she wishes to god that Aarohi and Akhu become strong and fearless when they grow up. Sirat also says that she wants her children to be proud of her. Media asks for a photograph of her and her daughters. Next media person asks Surekha, is she as close to Sirat as others? Sureka remains silent. Kartik asks the media to see the boxing ring made by Sirat at home. Kartik asks Surekha what happened? Surekha lashes out at Kartik thinking he is also supporting and fighting for Sirat. Kartik replies he is not fighting just questioning what happened.

Surekha says he will accuse her only if she answers him correctly. She asks him to question his wife. She leaves from the place shouting against Sirat. Sirat, Vansh and Kairav show the media people the boxing ring made by Sirat at Goenka Mansion. Sirat tells the media she tries to spend time with her family. Through family photos, she introduces Kirti, Naksh and Luv and Kush. Media starts recalling Luv and Kush’s past crime of sexually harassing a poor girl. Sirat stops the media and tells them that now Luv and Kush are studying. She asks the Media to interview her coach and tries diverting their mind from Luv-Kush.

Sirat asks Kartik did she give a good interview? Kartik jokes with her and tells her that she gave a perfect interview. He asks her what happened with Surekha. Kartik also asks her not to feel bad about Surekha’s words. Sirat feels less confident about winning a medal at the Aisan Championship. Kairav and Vansh interrupt their conversation and present the born winner chocolate medal to Sirat. They tell Sirat that she will always be a winner for them even if she doesn’t win the Aisan championship. Kairav and Vansh both make Sirat wear the medal. Sirat makes everyone eat the chocolate medal.

At the dinner Sirat apologizes to swarna for being late. Dadi asks Sirat when will they be able to see her interview. Akhilesh receives Luv-Kush’s video call. Goenkas gets shocked to know that Sirat’s interview has gone Viral and the media is insulting Goenkas and Luv-Kush for the twin brothers’ past crime in it. Luv-Kush tell family that they are getting bullied in the hostel. Surekha blames Sirat for Luv and Kush’s insult. Manish tells Sirat she should have told them about media questions about Luv-Kush. He indirectly blames Sirat for unintentionally giving masala to the Media.

Surekha doesn’t accept Sirat’s forgiveness and blames her for defaming her children. Dadi also gets angry with Sirat. Sirat tries to defend herself. Manish says to Sirat she always unintentionally creates problems for the family. In the next episode, Kartik will motivate Sirat to win for all the girls who call her their inspiration. Sirat will faint during the match. Kartik will try to wake her up. Referee will start the count.

Furthermore, Kartik and Naira are seen in the promo speaking about love, which brings closeness in the hearts and some great stories of relationships. They want someone else to bring their story ahead after them. Their daughters Aarohi and Akshu take the legacy ahead. New relationships are tested against fate while embarking on their journey. Kartik and Naira have left their memories for them. A generation leap would be introduced, with grown up Kairav, Akshu and Aarohi. It’s the end of Kaira. Are you awaiting the new generation track in the show? Comment your views and keep reading.

Reviewed Rating for Yeh Rishta New Generation 13th October 2021 Update Promo: 3/5 This rating is solely based on the opinion of the writer. You may post your own take on the show in the comment section below.