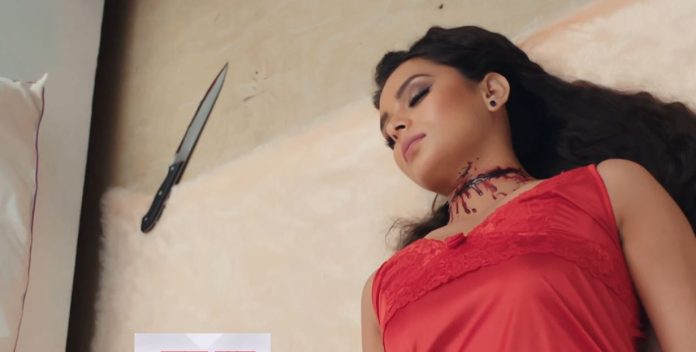 Yeh Hai Chahatein 18th October 2021 Written Update Murder twist Sanya intentionally ruins Prisha’s saree and apologizes to her. She tries taking Prisha away from Rudra. Prisha tells Rudra that she is feeling tired and asks him to return to their room after enjoying his success party. As Prisha leaves, Rudra’s female fans arrive to click pictures with him. Rudra thinks to find out Armaan’s real intentions. He sits with Armaan and asks him why he is doing so much for Prisha. Armaan replies that he refers to Prisha as his. He fakes praising Prisha and Rudra’s Jodi. Rudra says to Armaan that he and Prisha are made for each other, but some people don’t want them together.

Armaan asks Rudra why he thinks like that? Rudra describes Armaan, how he and Prisha want to spend some alone time but it is not happening. He also says that someone tried to ruin his and Prisha’s first night too. Armaan tries to divert the matter by apologizing from Anvi’s side. Rudra tells Armaan before Anvi someone had put itching powder on his and Prisha’s bed. Rudra asks Armaan, can he believe someone could stoop so low. He also tells Armaan that Sharda saw him near his room. Rudra reminds Armaan how he tried making him (Rudra) drink a lot to stop him from reaching his own marriage mandap.

Armaan asks Rudra what he wants to say and is pointing his doubt towards whom? Rudra angrily says he is directly saying that he (Armaan) wants to separate him and Prisha. He further says to Armaan that the latter wants to come in between him and Prisha and wants to ruin everything. Rudra also tells Armaan that he knows that he used Anvi to come in between him and Prisha. He also tells Armaan that he was the one who mixed the dangerous powder in his juice to stop him from singing and for ruining his concert. He asks Armaan to accept the truth and stop attacking from behind.

Armaan in anger accepts that he did everything to separate him and Prisha. Rudra asks him why he pretended to be a good person. Armaan replies he did everything because he loves Prisha very much. He also tells Rudra if he wouldn’t have returned he and Anvi would have been happy with Prisha like a family. Rudra replies to Armaan that his and Prisha marriage was fake. Armaan says Prisha would have fallen in love with him if he wouldn’t have come in between. Rudra tells Armaan that he is mistaken as Prisha only loves him and will always love him. He also tells Armaan that Prisha was with him only for Anvi and would not have loved him ever.

Armaan asks Rudra if he deserves Prisha even after torturing her in the past. Rudra asks Armaan if he deserves Prisha. Armaan replies yes deserves Prisha and will not accept defeat. Rudra warns to not try separating him and Prisha. He asks Armaan how to stop him from playing evil and cheap tricks. Armaan asks Rudra in his ears to swap their wives for one night. Rudra gets angry at Armaan and pushes him. Armaan makes Rudra more angry by talking evil and cheap. Through his words, he then makes everyone believe that Rudra wants to do the wife swap.

Armaan proves Rudra to a level that he beats him badly. He then thinks that he is getting successful in his plan. Other guests from the party try to stop Rudra from beating Armaan. In the fight, Armaan mixes some pills in Rudra’s water. Unaware of Armaan’s plan, Rudra drinks the adulterated water and leaves, warning Armaan to stay away from Prisha. Rudra feels dizzy due to the pills. Armaan feels happy and thinks of executing his next plan. Rudra enters his room and recalls Armaan’s words. He hugs Prisha and tells her that she is only his. Prisha asks him what Armaan did.

Rudra doesn’t let Prisha go anywhere. He tries to get intimate with Prisha. On the other side, Sanya and Armaan discuss the next step of their plan. Sanya calls and Rudra picks the call. Sanya tells Rudra that she is in trouble and asks his help. He asks her what happened, where Armaan is. He in concern goes to check on Sanya. He enters Sanya’s room and gets shocked seeing Sanya in a hot night dress. Sanya locks the room door and tries to seduce Rudra. Rudra pushes Sanya and asks her why she and Armaan are behind him and Prisha. He starts feeling dizzy and says he will tell Prisha all about them and make them arrest.

Armaan from behind makes Rudra smell chloroform and the latter faints. Armaan makes Rudra lie on Sanya’s bed and asks Sanya to make Rudra believe that he slept with her. Next morning, Prisha finds Rudra missing from their room. She tries searching for him in the hotel and calls him. She hears Rudra’s phone from Sanya’s room. She asks hotel staff’s help to open Sanya’s room and gets shocked.

In the next episode, Sharda will call Mr. Ahuja and ask him about Rudra and Prisha. Mr. Ahuja will say that they partied late at night and may be sleeping. Sharda will feel that something might be going wrong. Prisha will get shocked on finding Rudra asleep on Sanya’s bed and Sanya killed aside. A waiter will also see it and run-away saying murder-murder. Prisha will get tensed thinking that the waiter will reveal the incident to everyone. Keep reading.

Reviewed Rating for Yeh Hai Chahatein 18th October 2021 Written Update Murder twist: 5/5 This rating is solely based on the opinion of the writer. You may post your own take on the show in the comment section below.